Last night after work, Brian and I headed straight out to the store to get some supplies for an extreme camping trip that he is going on.  He has been going on this trip since he was in high school and now he is a staff member.  This year, they will be going to the Colorado and the Grand Canyon.  Food is provided for the majority of it, but for three days they do a thing called “back country” where they have to provide their own food, which is mostly shelf stable food since there are no stoves or kitchens on the trail. 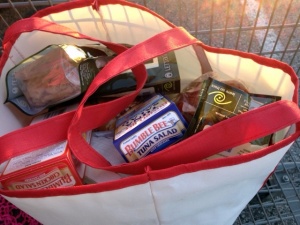 We also made a pit-stop for a special treat.  We both had Blizzards on the brain since I mentioned them in my food survey yesterday.  Cookie dough for him and banana cream pie for me…what a yummy treat! 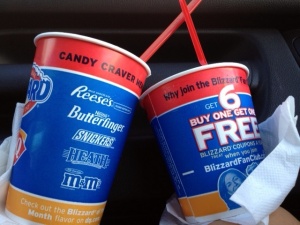 We then came home, and Brian packed for his trip while I cooked up a ton of goodies for his car full of high school kids.  I am still not finished with all of the baking though!

This morning, I actually slept in…it was much needed.  As much of a morning person as I am, waking up at 4am everyday does take it’s toll and being able to sleep until 7:30am is much appreciated!

I started out with some frozen blackberries and banana topped with a little peanut butter as some pre-run fuel. 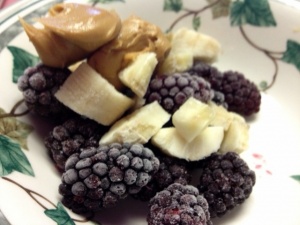 It is a hot one today, so I wanted to get my long run done early!  A couple of days ago, Peanut Butter Runner blogged about how she uses coconut water during her runs in order to aid in rehydration and electrolyte replacement.  With the heat, I knew I would need a little something more than plain water, so I decided to try using Vita Coco coconut water.

Well, I finished a couple of hours ago and I still feel great, so I would say it did the job!  Unfortunately, the store only had pineapple coconut water, which tastes good but during a run it is almost too much.  So, next time I will water it down or stick with plain. 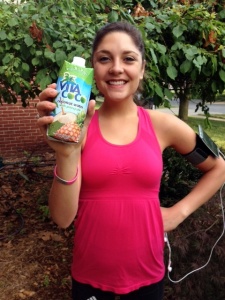 In the mail last night, I received the Body Pump 82 release, and I am already obsessed with it!!  I can’t wait for the launch next month.  I listened to it during the entire run. 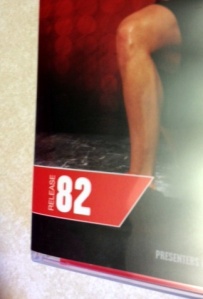 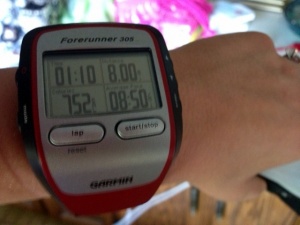 After the run, showering, and downing a delicious smoothie, Brian and I headed to the Greenwood Farmer’s Market! 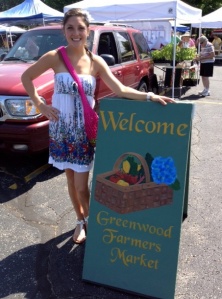 It was so cute, the people were so friendly, and there was a really good variety of fresh produce and meat. 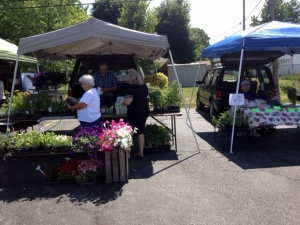 I ended up spending a mere $4 on some lettuce, tomatoes, onions, and a yellow squash.  I can’t wait to use them! 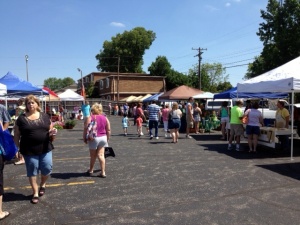 We then came home and whipped up a quick lunch.  For me, egg whites, reduced fat cheese, and some roasted veggies leftover from the week. 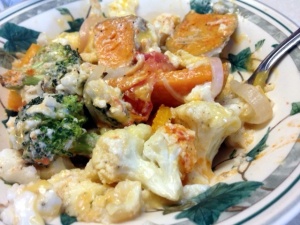 Next on the agenda:  heading to the pool!