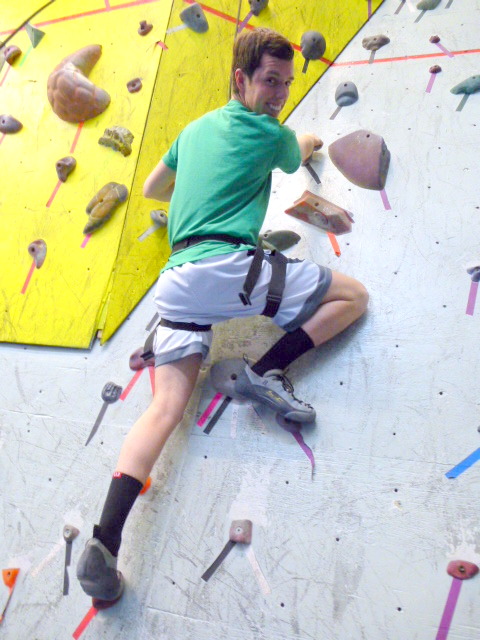 When I woke up this morning, I was really in the mood for a veggie egg scramble, but when I opened up the fridge I remembered that Brian and I finished off the eggs yesterday. Plan B…hot oatmeal.  It has been a while since I had hot oatmeal, so I was actually kind of glad that the eggs didn’t workout. 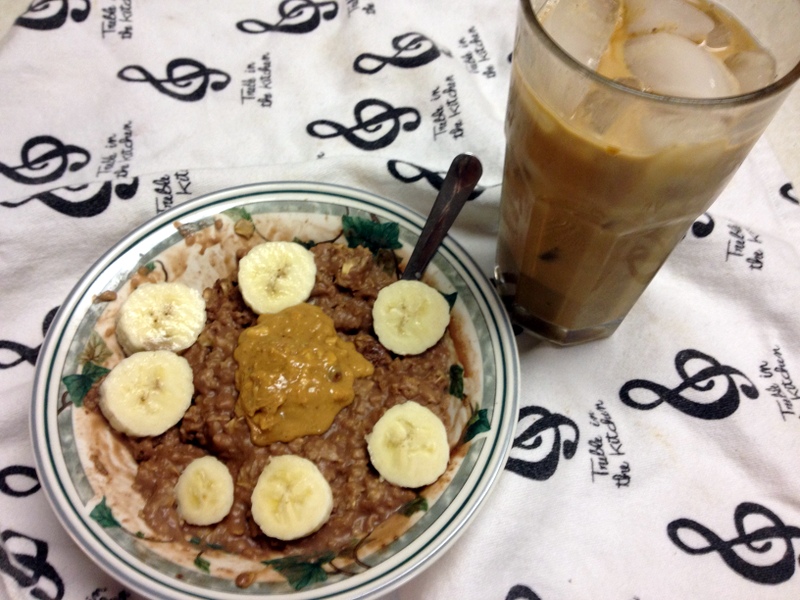 Last night, Brian and I went on our first date of 12 from his Christmas present this year. 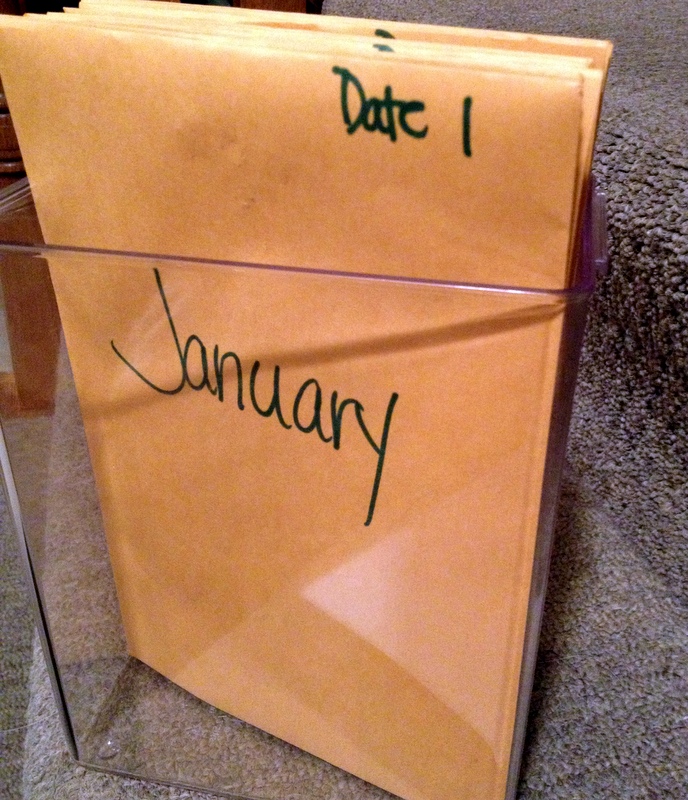 Typically, we won’t open up the envelope until the beginning of the new month, but Brian was a bit antsy on Christmas so I let him open January early.  Our January date took us out to Climb Time Indy! 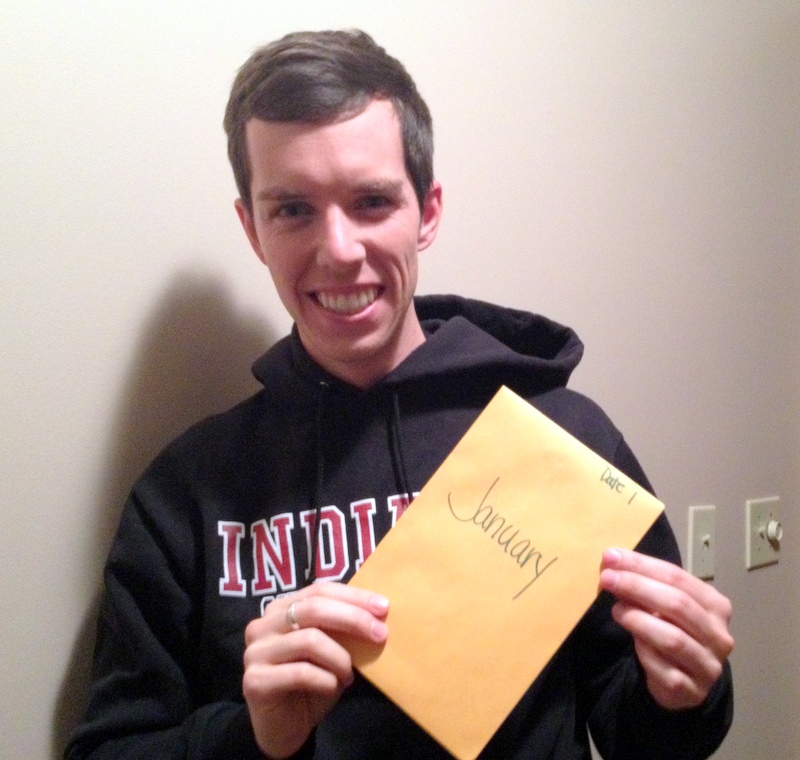 After arriving home from work, eating some leftover Skippin’ Jenny for dinner, and changing into climbing attire, Brian and I were off to climb.

This was my first time trying my hand at indoor rock climbing, but little did I know that Brian used to be a member of a climbing club when he was younger.  Who would have guessed!?

I honestly wasn’t nervous until we arrived and I saw all of the various walls to pick from and so many people that looked like they knew what they were doing. 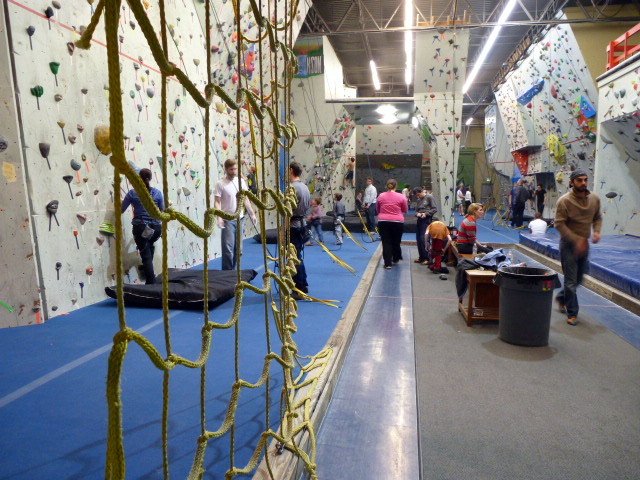 First thing was first, and we were given a pair of rental rock climbing shoes.  I had never seen climbing shoes, but they made everyone’s feet look very small and their flexibility reminded me of dance shoes. 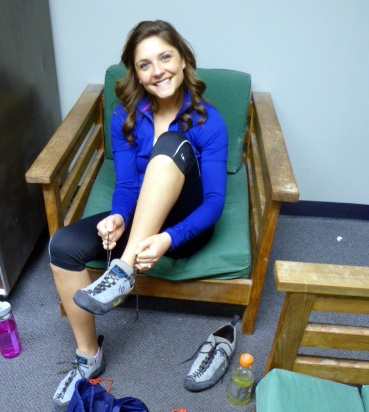 Next, it was time for our group lesson.  The instructor showed us how to hold the rope, how to let the climber down, and that was pretty much it.  I felt like I needed a practice round, but Brian said that we were good to go.

We then picked our first wall which, to my luck, actually ended up being fairly easy.  I found that the item that made the wall easy or difficult was the hand grips.  The easy walls had large hand grips that had hooks to place your hands, but the difficult walls had rounded grips and smaller grips that were hard to hold onto. 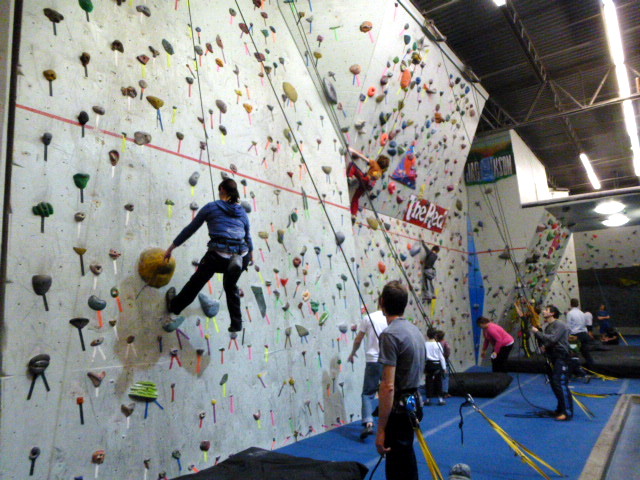 There wasn’t a single wall that we tried that Brian couldn’t climb.  What a pro!

Me on the other hand, I was defeated by one wall.  My hands kept slipping form the grips, which made it impossible for me to get up all the way. 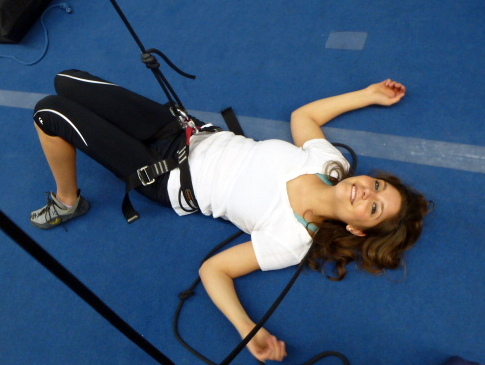 I did make to the top of most of the walls we tried, though!  I must say, making it to the top is a satisfying experience 😉 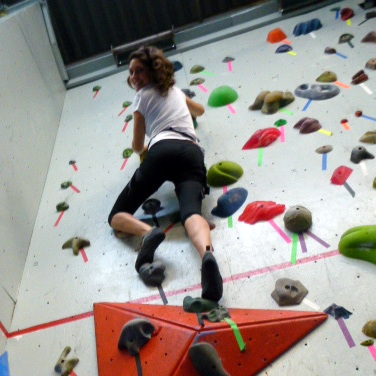 Indoor rock climbing really requires a lot of trust in your partner.  Although the safety systems in place make it very difficult to actually fall and hurt yourself, it still feels scary being up so high with one person on the ground holding your rope!

By the end, Brian and I both had raw hands, but it was totally worth it. 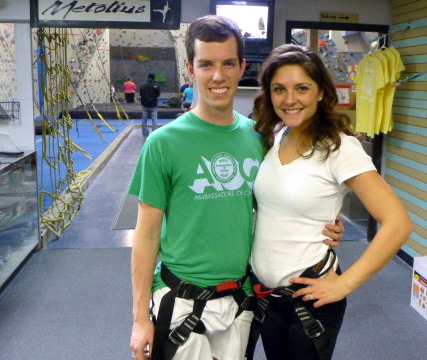 We rewarded ourselves with a little treat….. 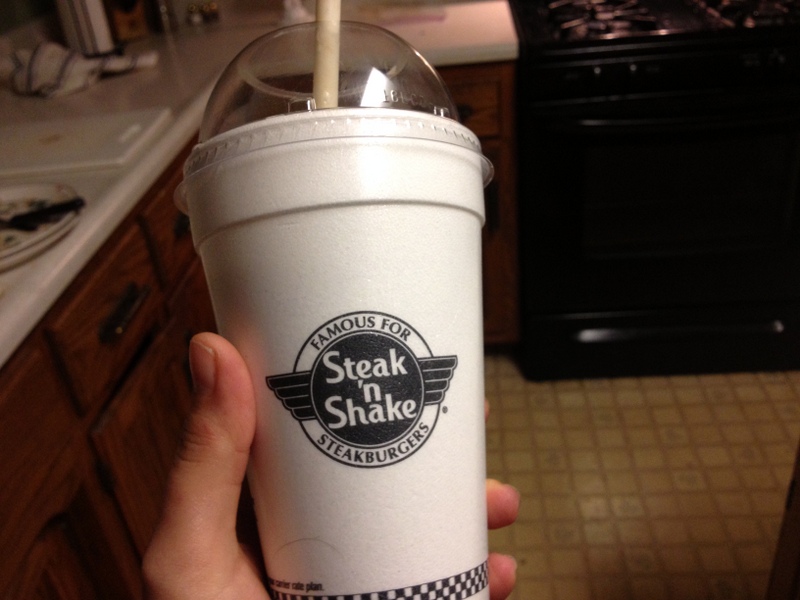 I think I set the bar pretty high with this January date.  We both had such a great time, we are definitely going to head to Climb Time Indy again.

Hope you all have a great Saturday!