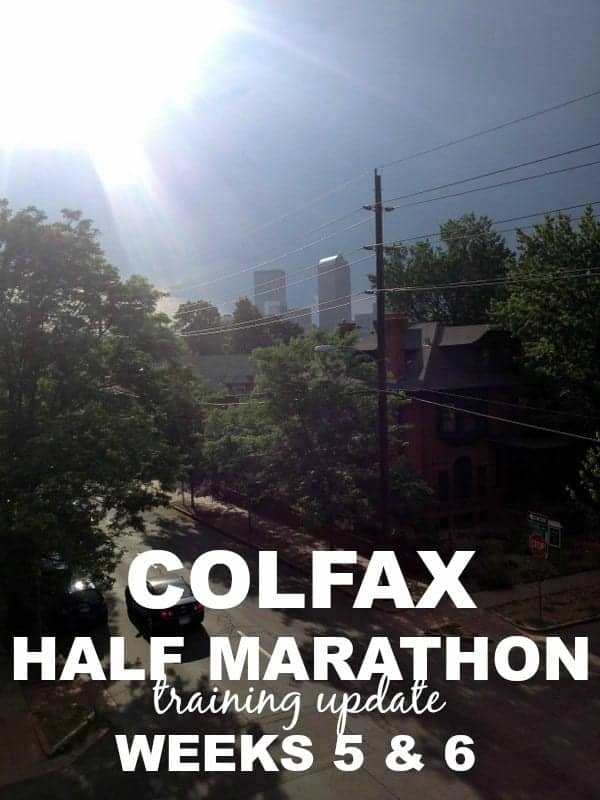 So, I’m a little out of schedule with my half marathon posting updates, but instead of just not sharing at all this week I thought I would share weeks 5 and 6 together instead of a Five Things Friday post 🙂

Training has been going well, but this past week I didn’t run (other than my long run) very much.  I plan on doing some running this weekend, but honestly studying for and taking my finals has kind of thrown everything out of whack.  That being said, getting active in some way shape or form has really helped me keep my stress levels low (thank goodness!).  I can’t believe it, but I only have 3 more weeks to go and then the half marathon is here!! WOO! 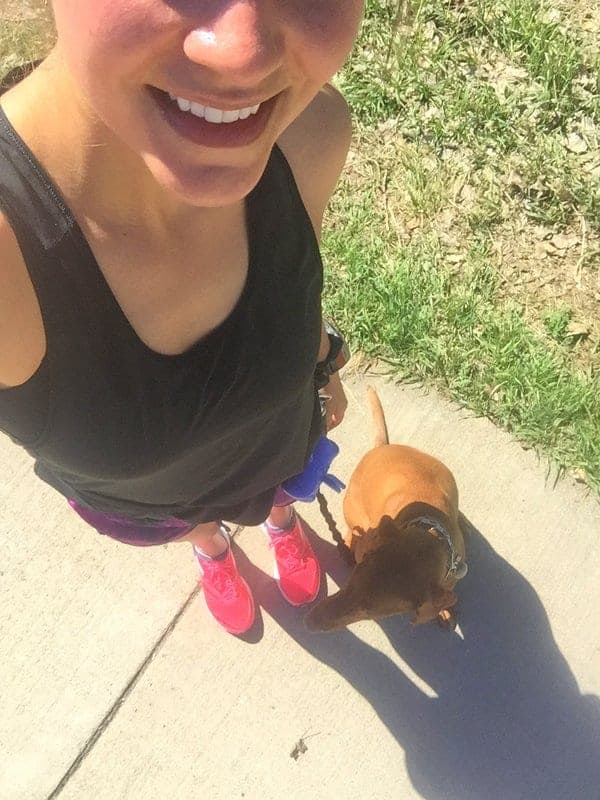 When I set out for this run, it was already 60 degrees and I’ll be honest…it was HOT by the end.  The heat was something that my body is SO not used to right now, so this run felt like it took forever and I felt really heavy in my legs.  That being said, we did it (Bernie did great!) and I was happy to have the run behind me.

Although I wasn’t that thrilled with my performance or how I felt during the run, it was an absolutely gorgeous day 🙂 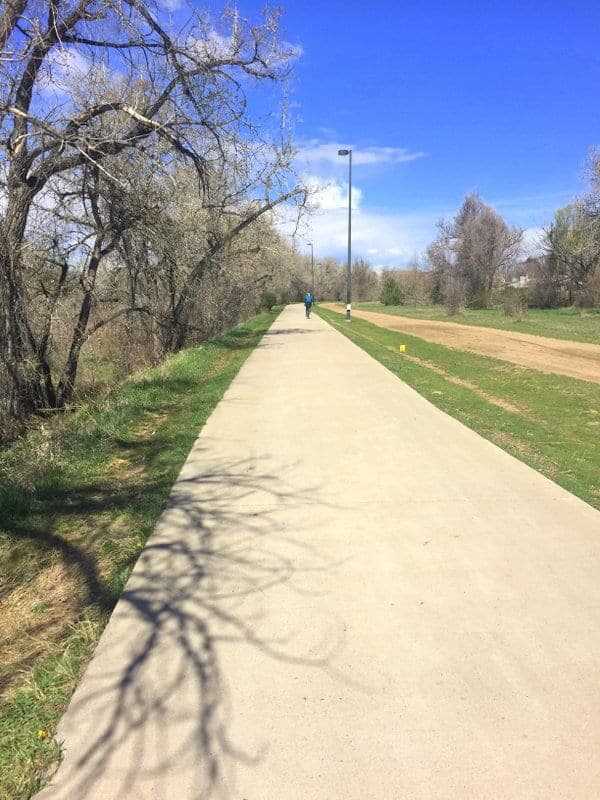 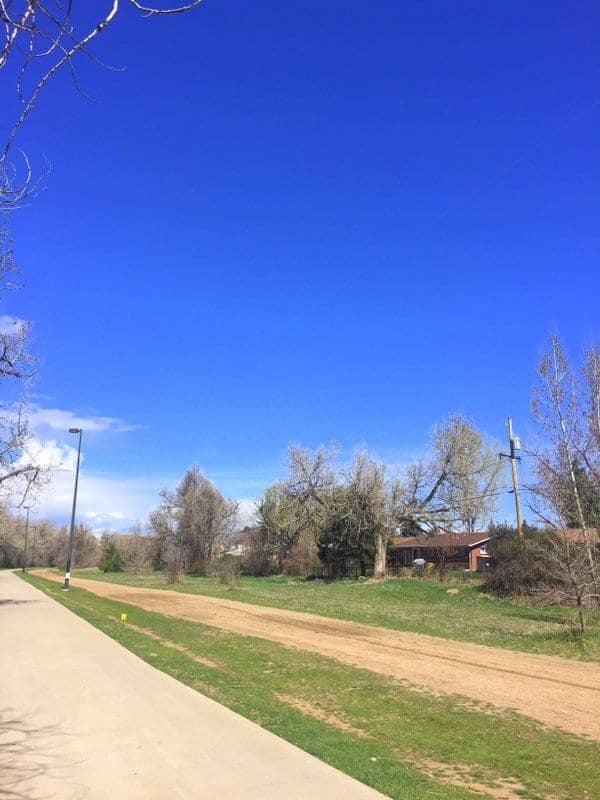 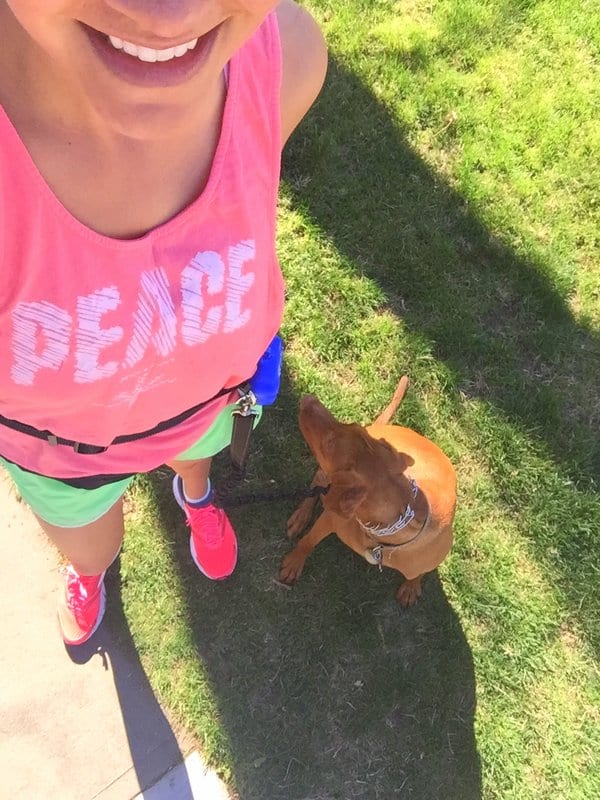 The weather was SO nice again (as you can see by the sun, my shorts and my tank top) and I knew that a big snow storm was coming so I really couldn’t pass up running outside again!  This run felt SO much better than the previous 9 miler. 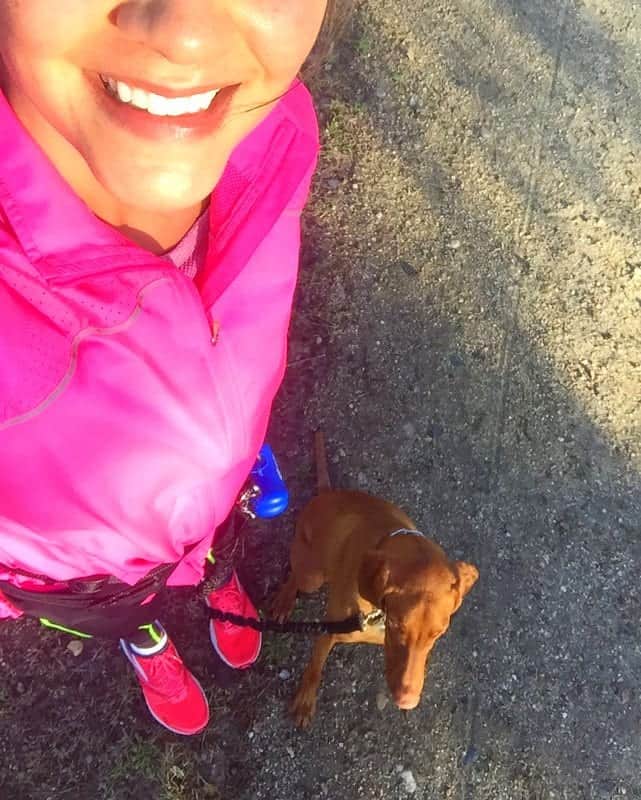 That was early yesterday morning!  We set out for 10 miles as soon as the sun rose.  The weather was around 40 degrees and really felt pretty perfect for the run.  My legs felt light and loose and overall it was a really good run!! Bernie is now napping on the couch…we shall see how long he stays tired 🙂 Reaching the double digit mark in training ALWAYS feels like a major accomplishment (at least to me!) so I’m happy that we have reached the hurdle and passed it with ease.  On to the next challenge…12 miles (in 2 weeks!).

So far, that’s all I have for week 6 of training.  I plan on going to yoga later this afternoon, hiking a little on Saturday and running a little bit on Sunday with Brian and Bernie, but nothing too crazy.

Hope your workouts have been great this week!!