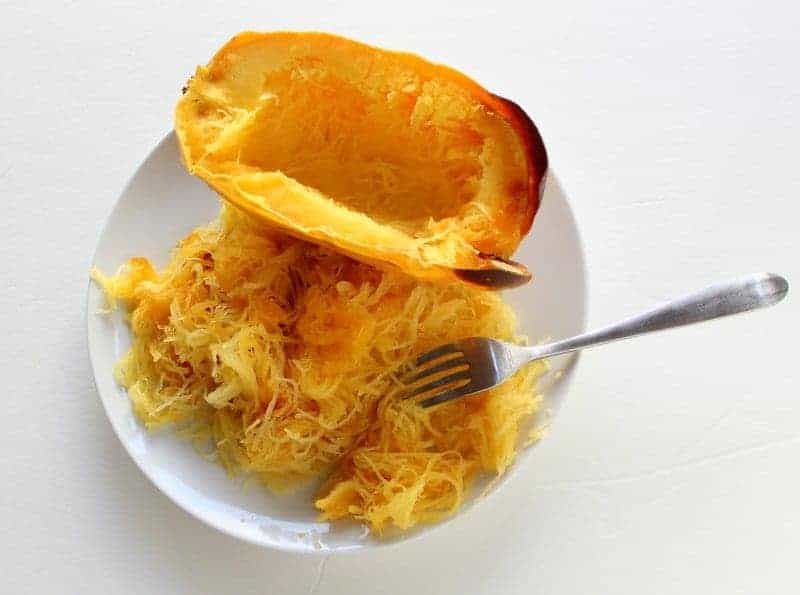 Recipes, Gluten-Free, Paleo, Nutrition, Meals
How to Cut and Roast a Spaghetti Squash

A simple method for cutting and roasting spaghetti squash. 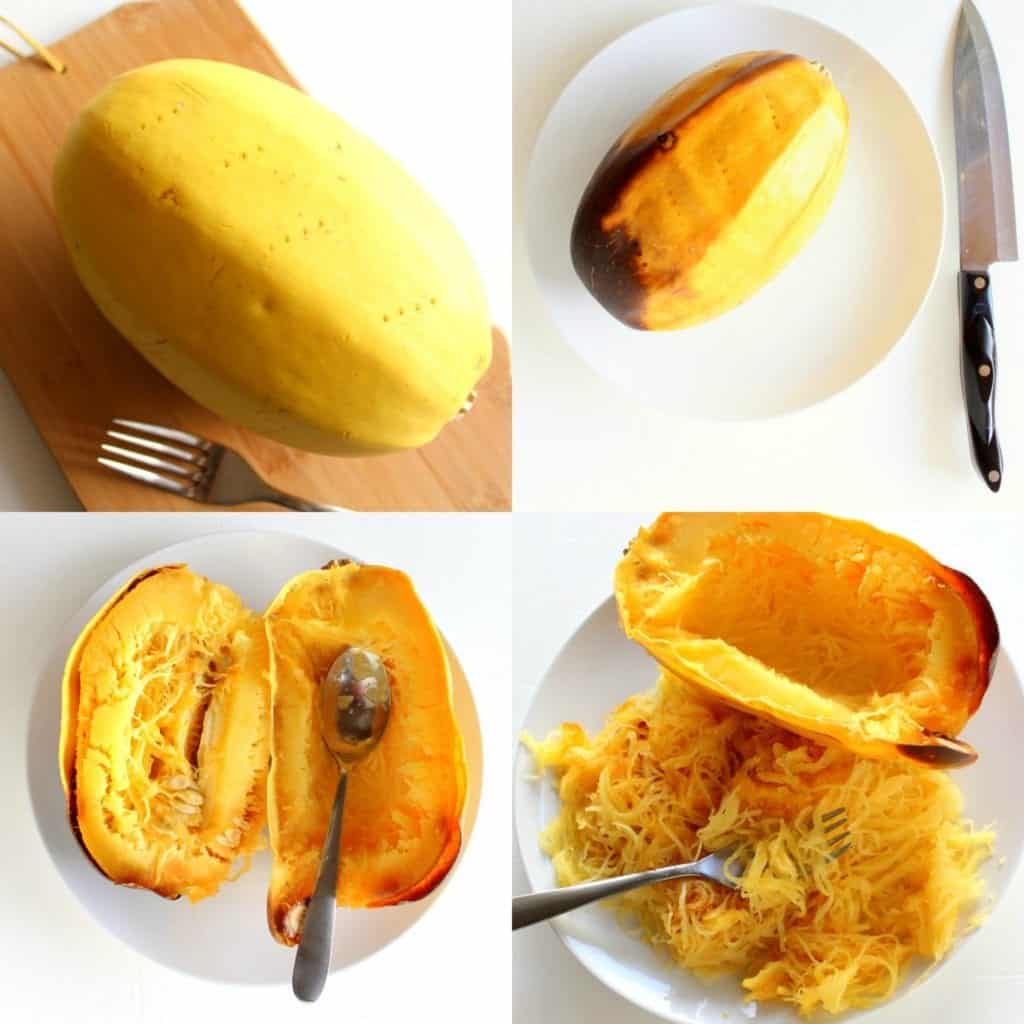 I’m not sure about you, but I used to avoid purchasing winter squash simply because I feared losing a finger (an arm!?) every time I had to prepare it.

Now, this method is not original but I’ll be 100% honest in saying I have no idea where I heard/saw this method for preparing spaghetti squash, but I’ve been preparing my squash this way for a couple of years and I will never go back to the old days.

I was already a spaghetti squash fan, but the roasting of the squash brings out so much MORE of the deliciously yummy flavor.

Spaghetti squash is a fun way to get vegetables into a meal.  I like to sub it for pasta by mixing it with marinara and topping it with meatballs (like my herby chicken meatballs or black bean “meat” balls) and it’s delicious when used in pad thai.  Call me crazy, but sometimes I like to snack on it a little before dinner with just a touch of salt and pepper 😉

For anyone who is concerned about FODMAPs, spaghetti squash is considered low FODMAP in less than a 2 1/2 cup serving (1 cup is the recommended amount by Monash University).

You'll barely break a sweat with this #KitchenHack for cutting and roasting spaghetti squash! Click To Tweet

Here is how I cut and roast my spaghetti squash: 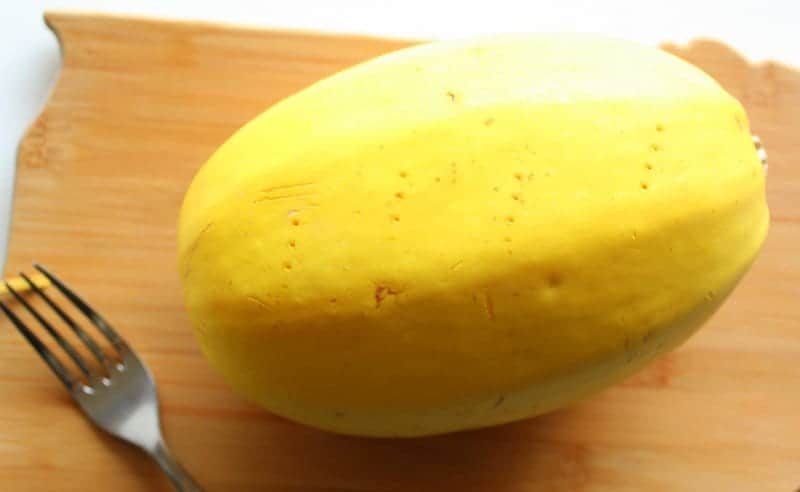 I then place the WHOLE uncut squash in the oven and roast for an hour. 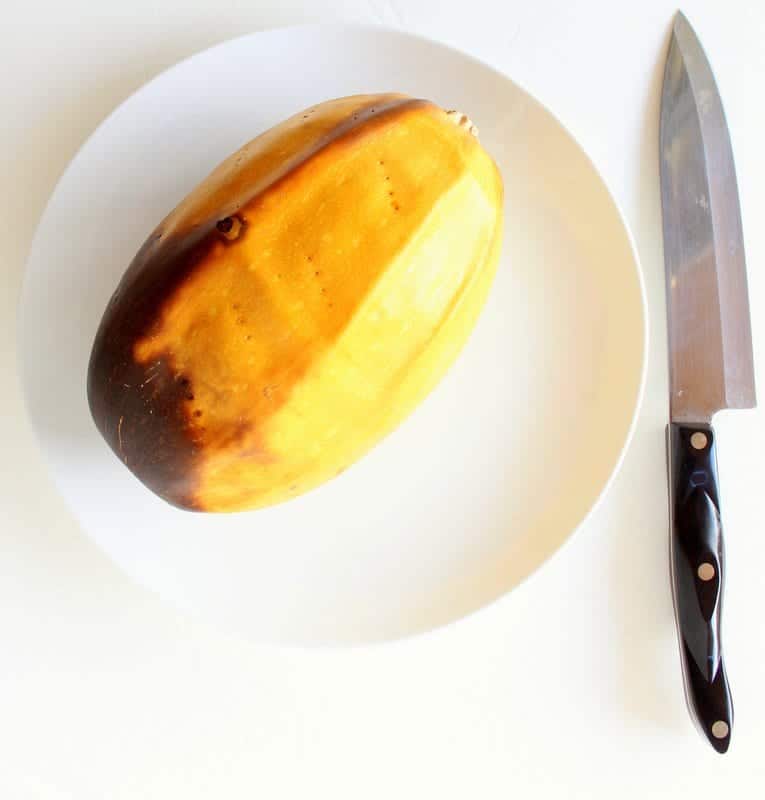 Once the squash is done, it will look like the picture above!

*Warning:  the squash may still be very hot, so wear a hot mitt to protect your hands. 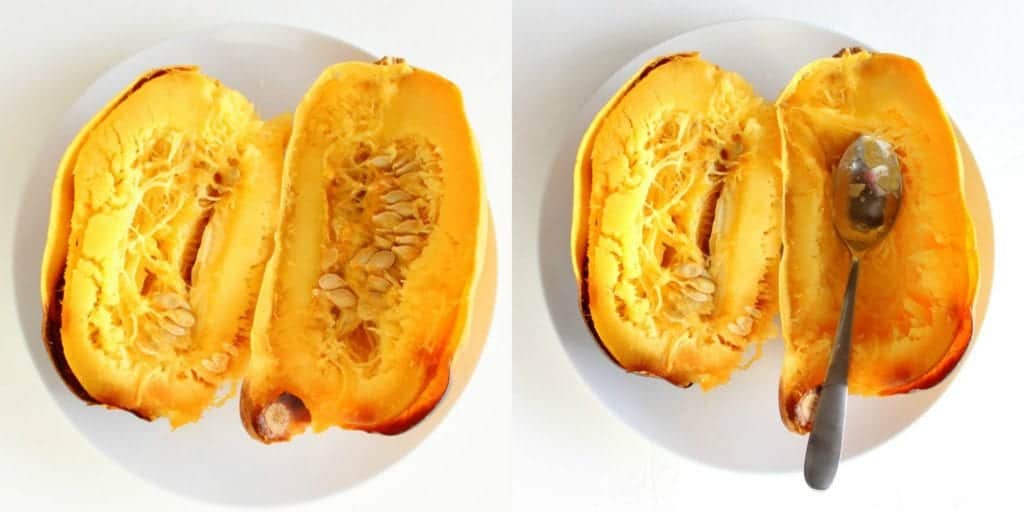 I then take a fork and shred the insides into their spaghetti-like shape into a container.

Do whatever you want with it.  Put it into a recipe right now, OR store it in the fridge for later in the week.  The sky’s the limit!

Spaghetti squash is low FODMAP in a 1/2 cup portion according to the Monash University app.