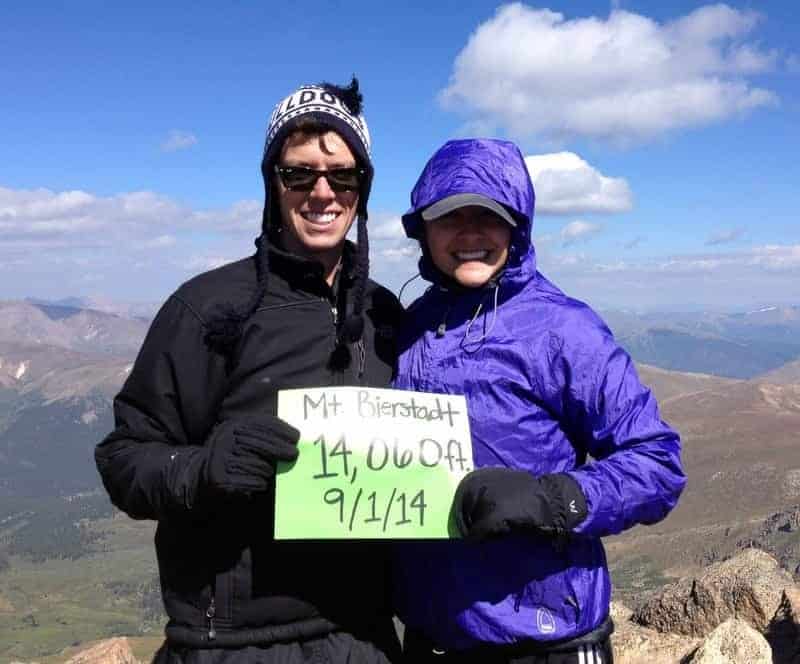 Hi friends!  I hope you all had an amazing Labor Day weekend!  Mine felt like a total “Colorado weekend” complete with happy hour on Friday, hitting up some excellent bargains to purchase ski and outdoor gear on Saturday, attending Taste of Colorado on Saturday night, and heading to the mountains on Monday.

The highlight of the weekend was definitely the mountains!

Monday morning, Brian and I hiked our first Colorado 14er with several of our friends.  It was so awesome! 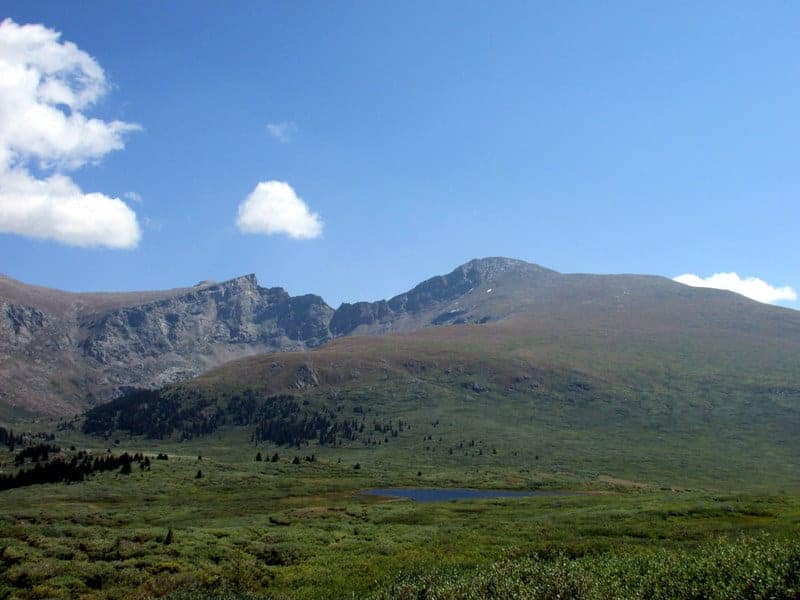 According to Google, ” a fourteener (or “14er”) is a mountain peak that exceeds 14,000 feet elevation.  This is a complete list of 53 fourteeners in the U.S. State of Colorado with a minimum of 300 feet of topographic prominence.”

To give you a point of reference, Denver is at 5,280 feet elevation (which is considered high elevation!) so we were definitely up there!

We decided to hike Mount Bierstadt because it was supposed to be one of the easier hikes, only being 7 miles round trip.

Sunday night, we all got together to discuss what we were wearing and made sure to bring plenty of layers. 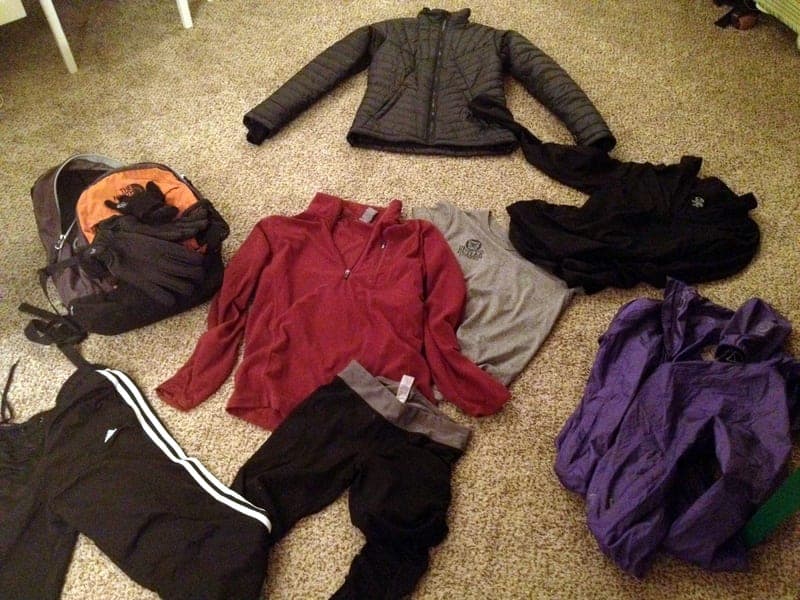 I wore long leggings (like running tights), a dry fit t-shirt, and a quarter zip shirt initially but ended up wearing every single clothing item I had packed!

Here is a list of all my clothing items:

We also made sure to bring lots and lots of snacks. We packed almond butter and jelly sandwiches and used homemade raspberry chia seed jam.  So delicious!!! 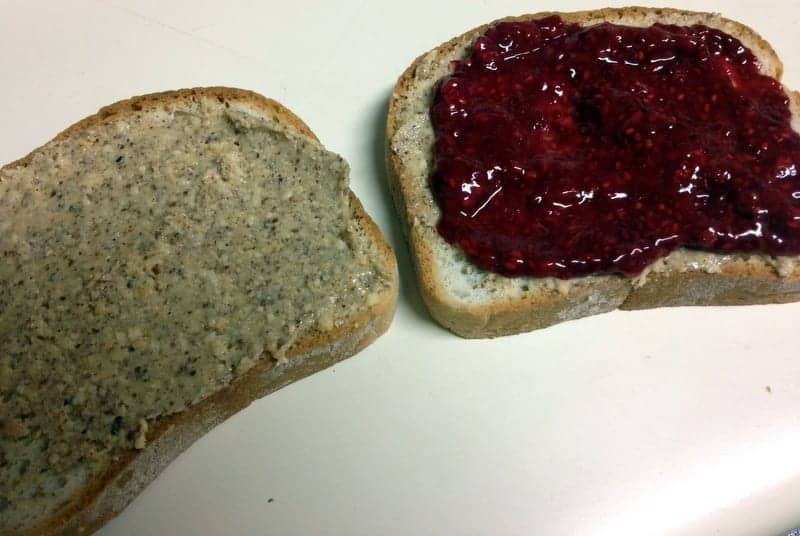 I used Brittany’s recipe from Eating Bird Food for the chia seed jam and subbed raspberries for the strawberries. I don’t think it could have been any easier 🙂 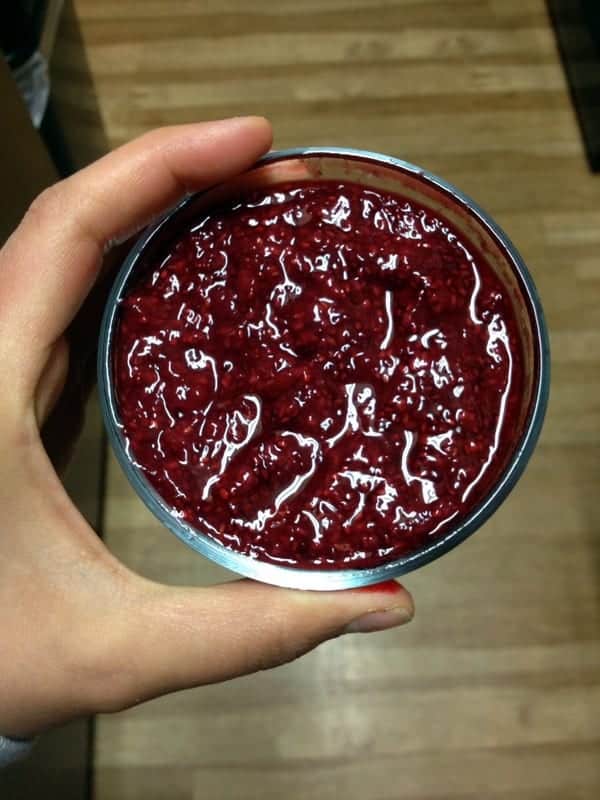 We had heard from many people that the mountains would be very busy this weekend because of the holiday, but we decided to brave it anyway.

We left our apartment around 4:50am and met up with more friends around 5:00am.  Shortly after that we were on the road!

One of the instructors in Brian’s orthodontics program recommended stopping for coffee at a McDonald’s relatively near the trailhead, so we did just that! 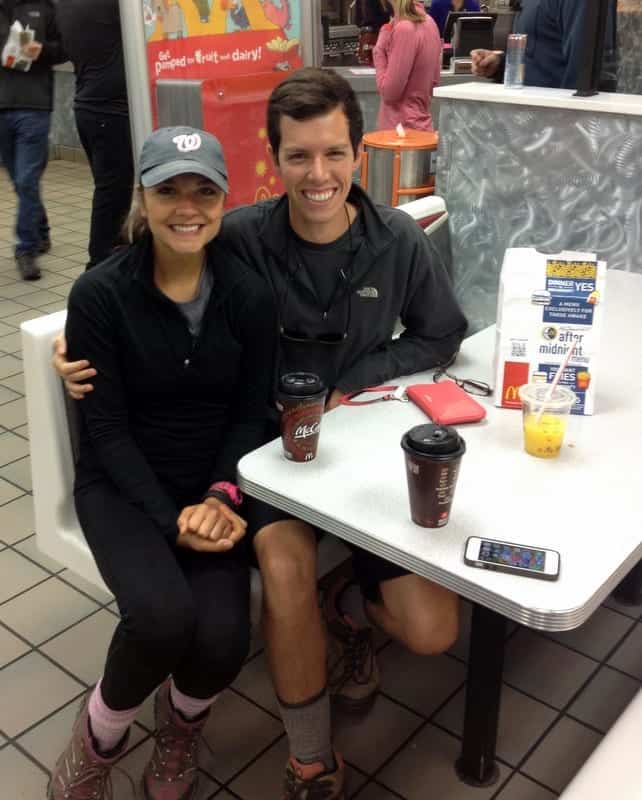 Getting our caffeine buzz before heading up the mountain 🙂 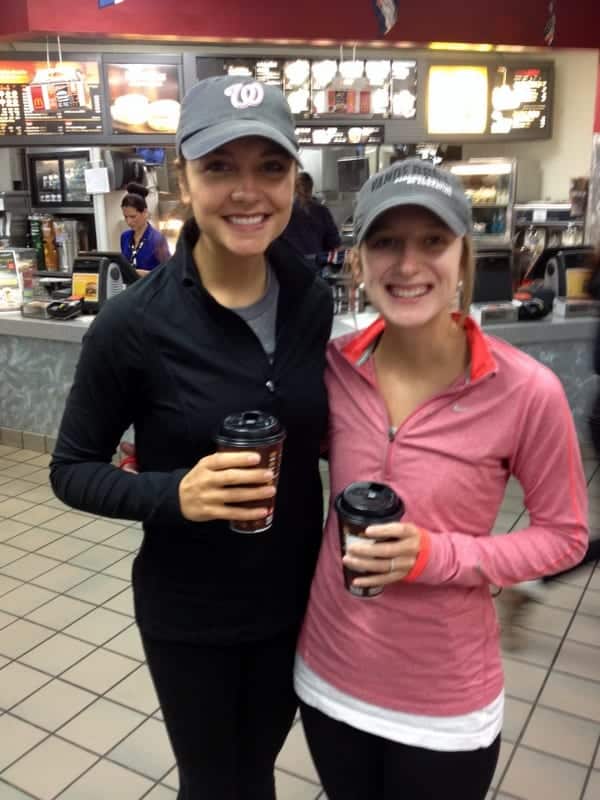 Once we arrived, we definitely felt the cooler temperatures and added some more layers to our outfits.

We also noticed a TON of cars.  We weren’t worried though, we were ready to do our thang and climb up Mount Bierstadt. 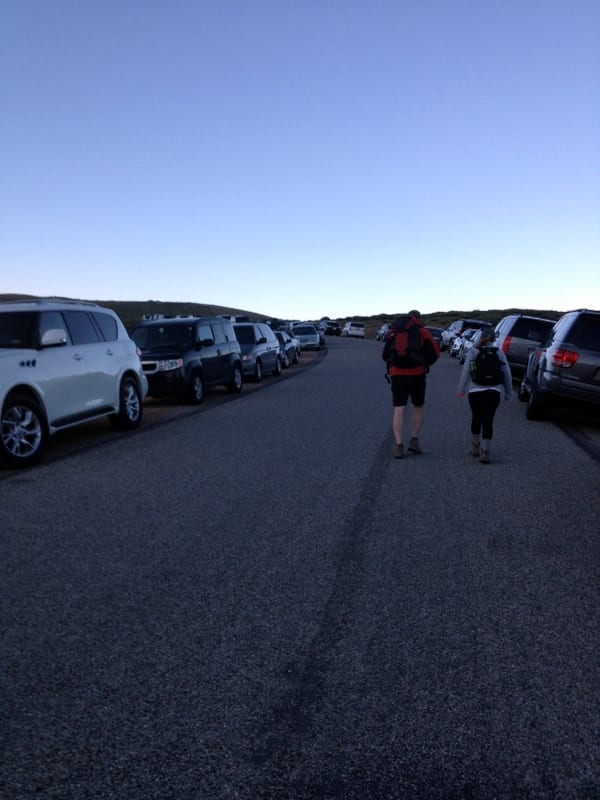 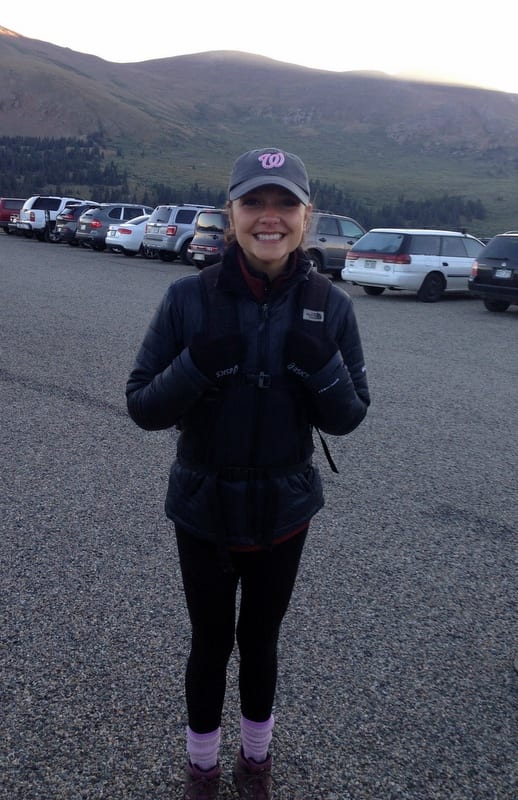 This hike actually starts out by going down about 1,000 ft. so it feels relatively easy at the beginning.  There are also some boardwalks/bridges built over a couple marshy areas which makes things easy to get across.  There was one marshy, creek area that did not have a boardwalk built over it and took a little work to get over.  One of my boots ended up getting a little wet and Brian actually slipped on the rock, but other than that the rest of our group was fine.

After going downhill, the hike gradually begins to incline.  While some of the hikers were experienced, we are all relatively new to the area so we made sure to pay attention to any symptoms of Acute Mountain Sickness or “Altitude Sickness.”  We took lots of breaks, ate lots of snacks and drank lots of water.

The views along the way were absolutely stunning, but it was SO windy that it was hard to turn around and enjoy the beauty.

Check out how windy it looks in the picture below… 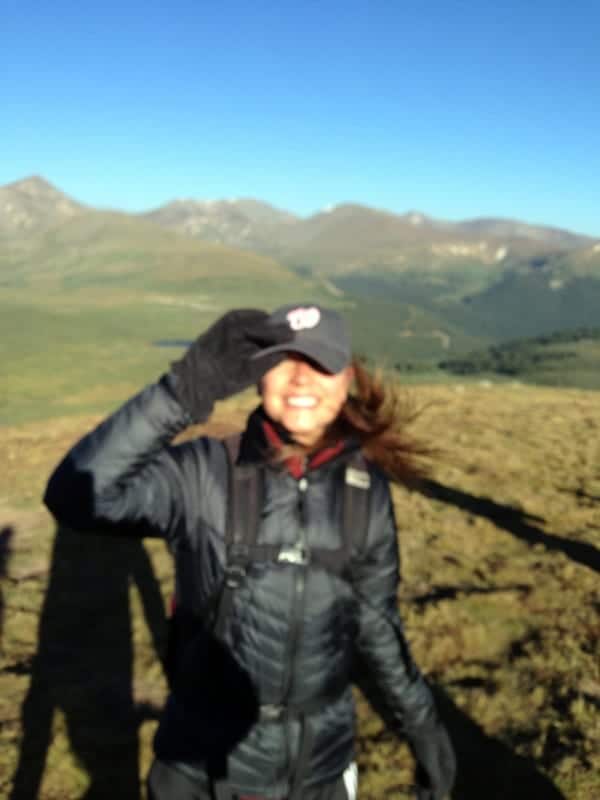 After adding more layers to fight the wind, taking a few more breaks, and climbing over several rocks, we made it to the summit!! 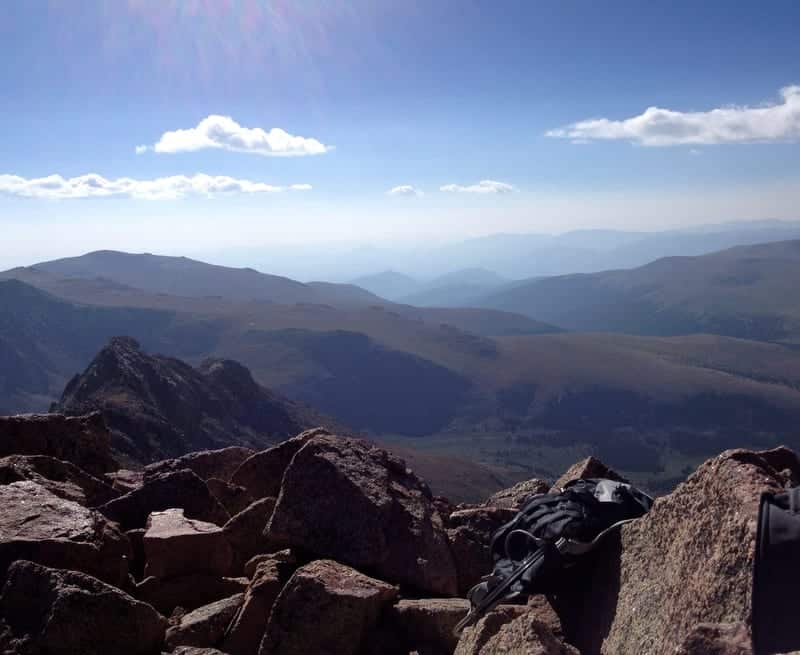 As we neared the summit, the winds continued to get stronger and stronger and I was honestly nervous to reach the top because of the winds, but as soon as we got to the top the wind died down dramatically. 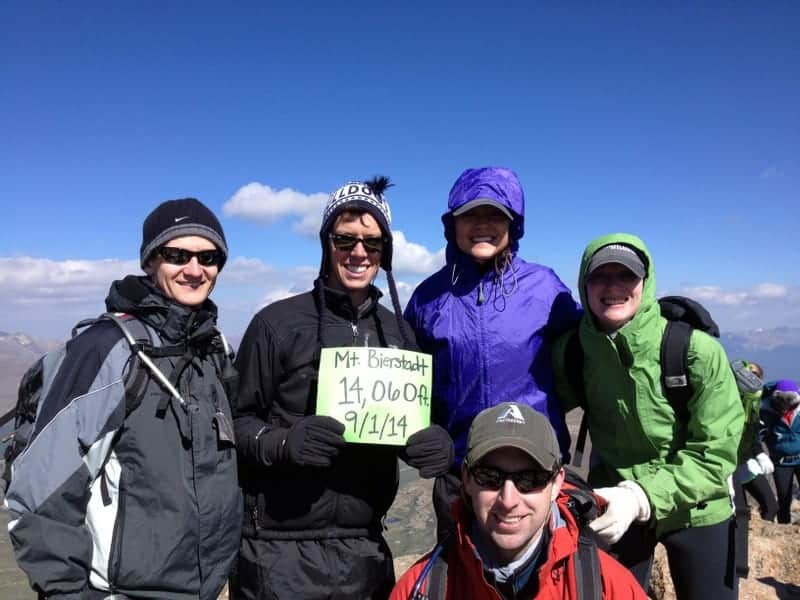 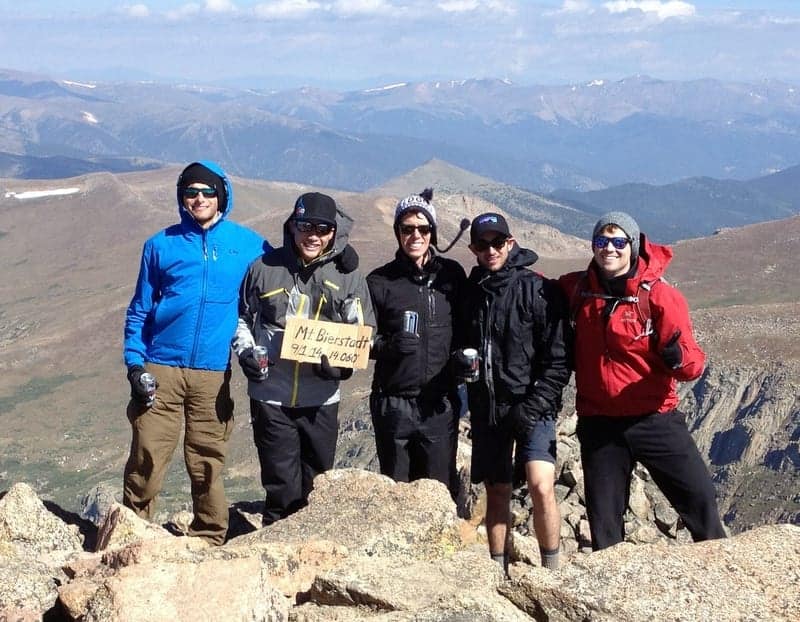 We were able to relax for a bit, eat some more, take pictures with our summit signs and enjoy the beautiful view 🙂 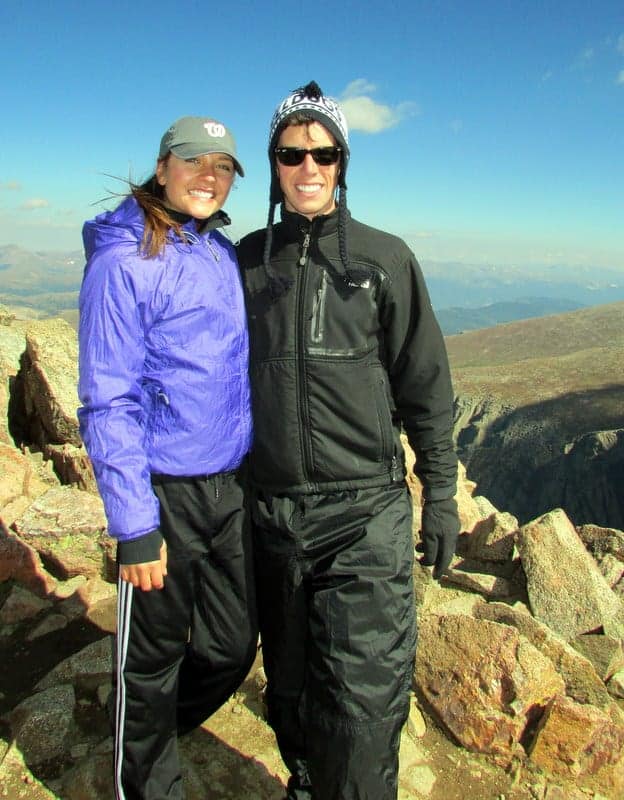 And of course we took a #selfie 😉 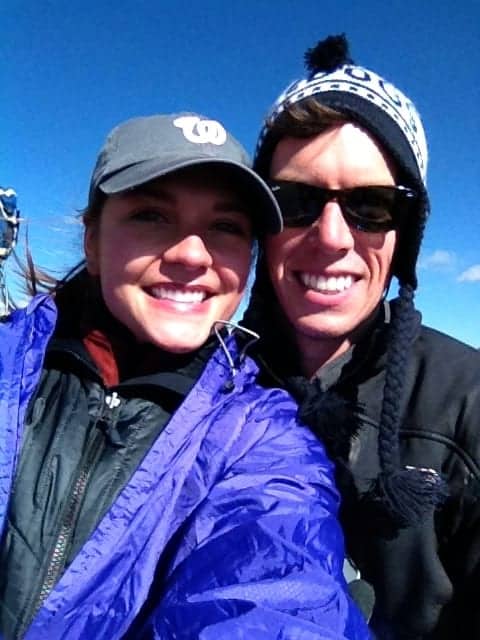 It was pretty cold up there once we stopped moving, so we didn’t wait around too long before making the descent back down the mountain.

The winds died down, we shed a few layers and before we knew it we were back at the car.

Overall, the hike took us about 5 hours to complete and it was worth every second of it!

See the highest point in the picture below?  That is the top of the mountain we were on!! 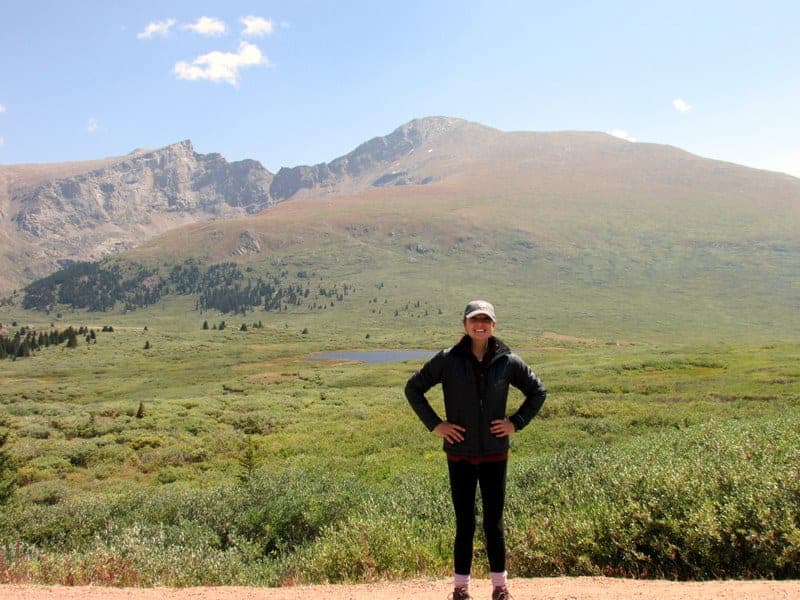 After hiking, we loaded up in the car and headed back into Denver.  We were exhausted!

Once we got home it was time to drink more water, shower, eat a little snack, make a side dish and regroup for a little Labor Day cookout 🙂 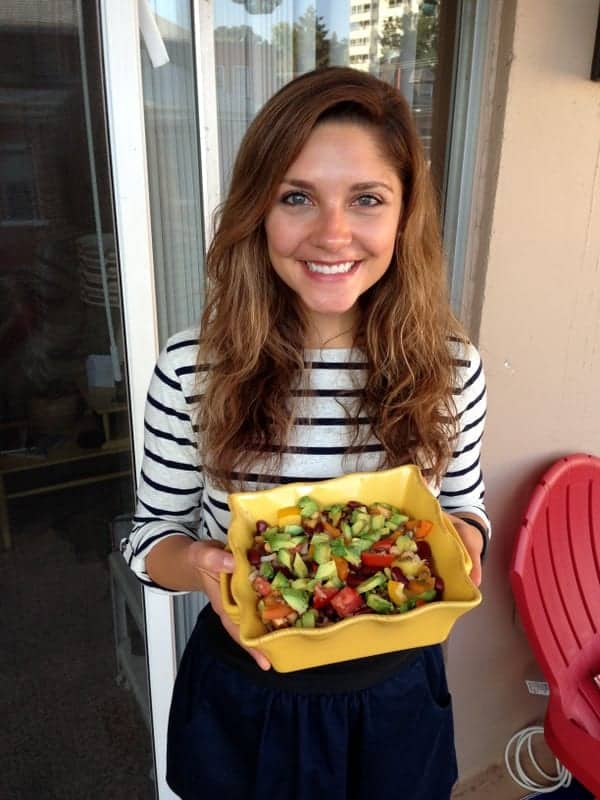 I made the Tri Legume Salad from Nutrition Stripped and instead of putting it in bell peppers, I chopped the bell peppers and put them in the salad.  Super tasty and summery! 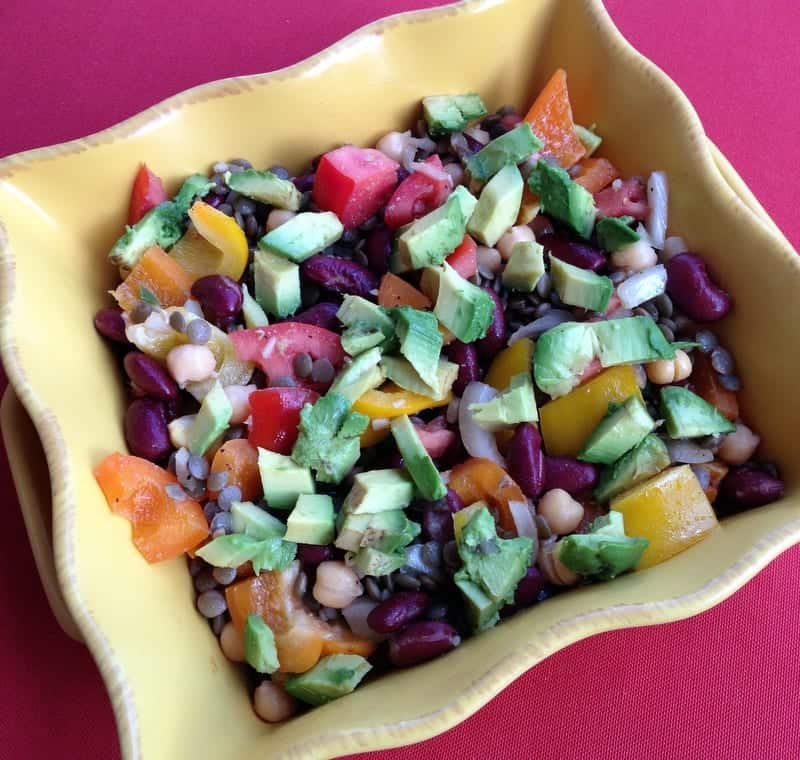 And that was our Labor Day 🙂