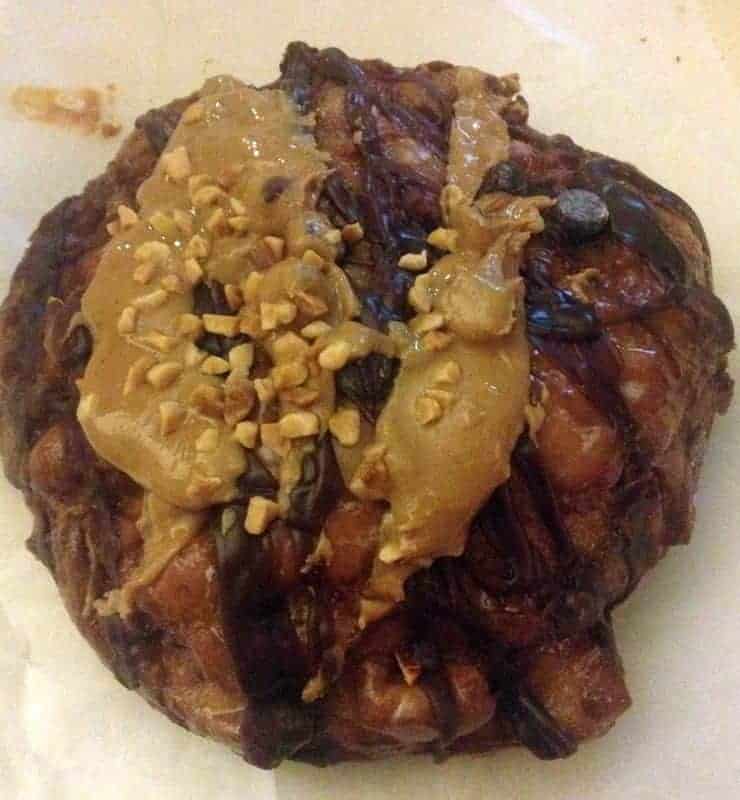 How was your weekend?  I hope it was fantastic 🙂

Ours was actually pretty low key, and even though we didn’t go to the mountains this weekend we still made sure to have some fun.

After my workout, and eating breakfast at home with Brian I headed out to get some work done at a local coffee shop called Dazbog.  There are a ton of these out here, and I had been dying to try one out.  I ordered an unsweetened almond milk latte and the local chain did not disappoint.  AND their staff was amazingly friendly 🙂  I will definitely be going back. 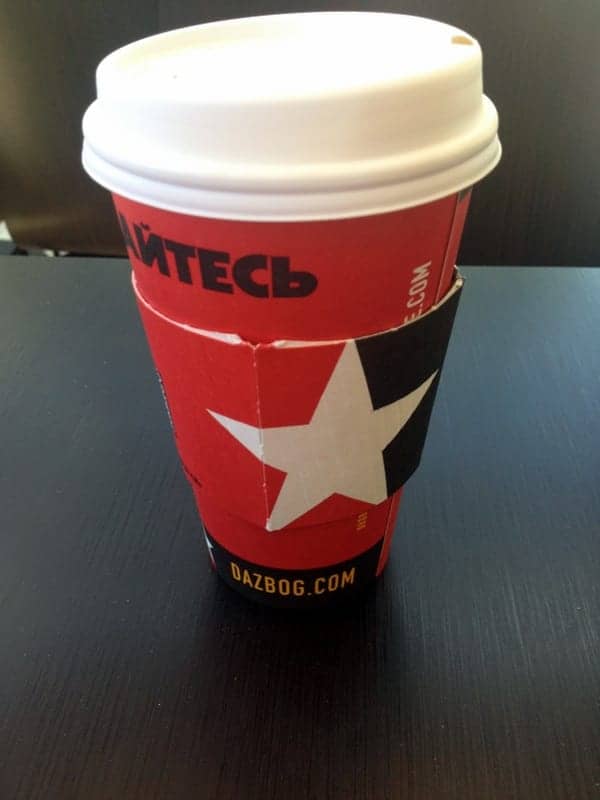 After working at the coffee shop, I rode my bike home to change for church.  Super-speed change 😉

Once we got home from church, we headed over to our friend’s place (and neighbor’s!) for margaritas, guacamole, and fish tacos.  Perfect Saturday night food. 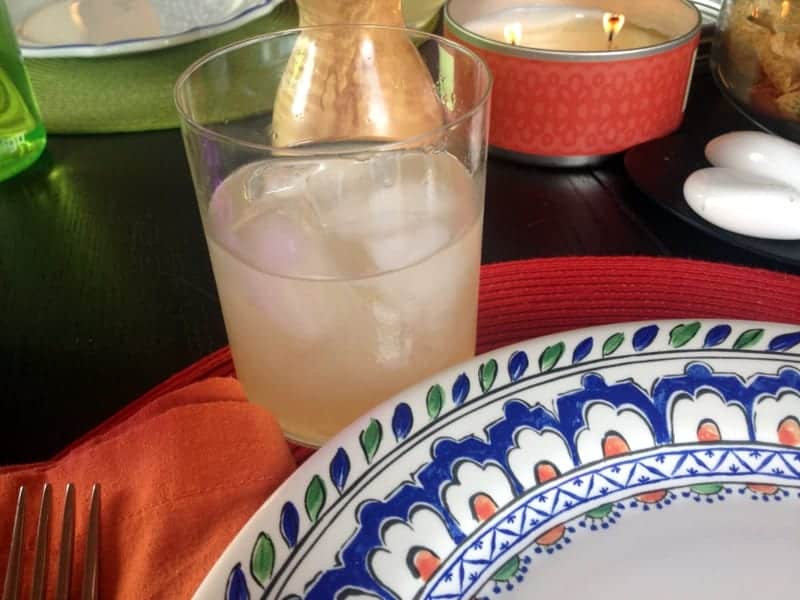 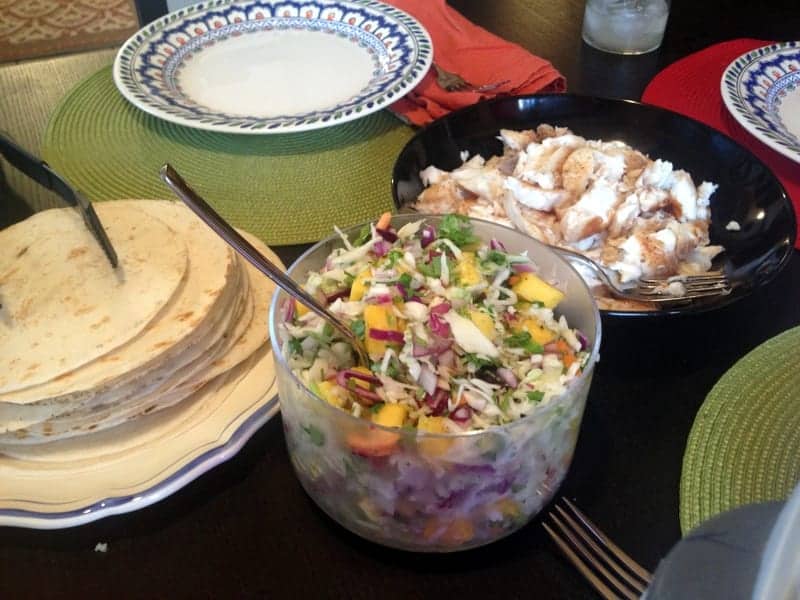 We played a few rounds of euchre, and despite not winning, it was a BLAST but I think the highlight of the weekend was visiting a little bar called 1Up.  It’s an arcade and a bar and it’s basically awesome.  We had so much fun there.

That would be me playing pinball 🙂 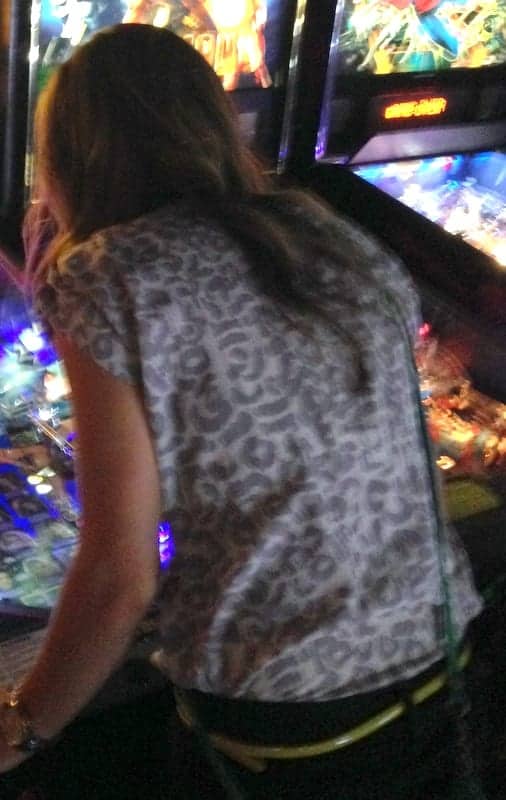 And then we headed out to Voodoo Doughnuts for a little midnight snack. Apparently, these are world-famous as there are only a few locations around the country but there is almost always a line out the door. 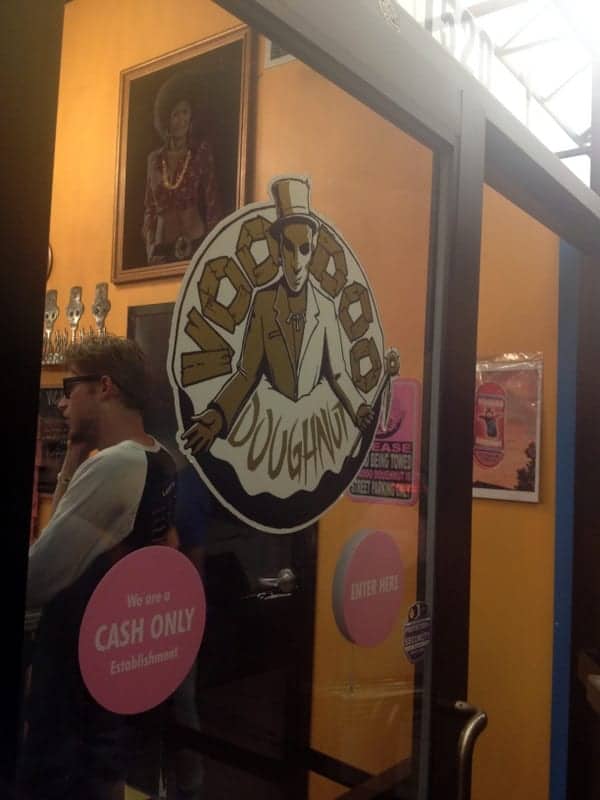 There were SO MANY doughnut (do you spell it donut?) flavors to choose from…it was very overwhelming because everything looked awesome.

Brian made the impulse purchase to buy a BUCKET…yes a bucket of doughnuts, and no we did not eat them all 🙂

So here’s the insider tip:  If you go to a Voodoo Doughnut shop and need to purchase for a group, ask if they have a bucket of “day old” doughnuts and chances are they do.  You get that entire bucket of doughnuts for only $8, when a single doughnut can be anywhere from $2-$4…crazy.  And their shop is open 24/7, so “day old” may not even really be a day old. 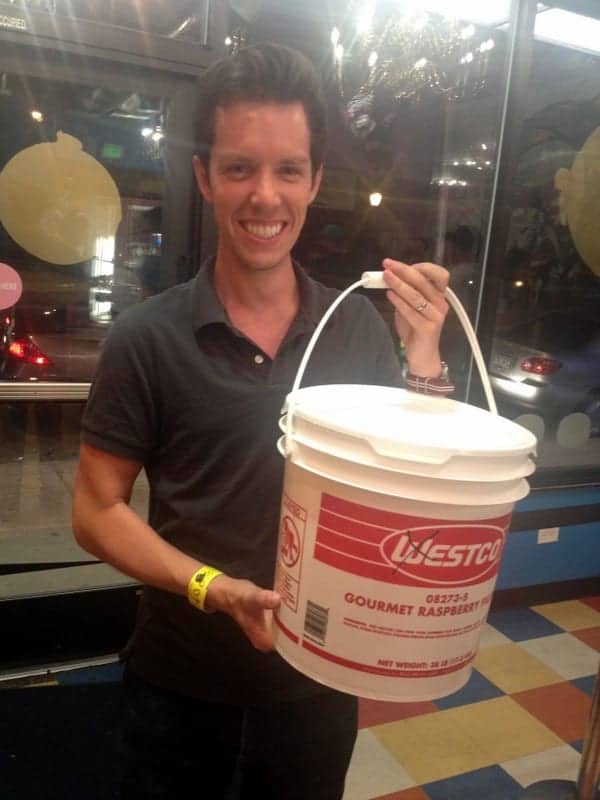 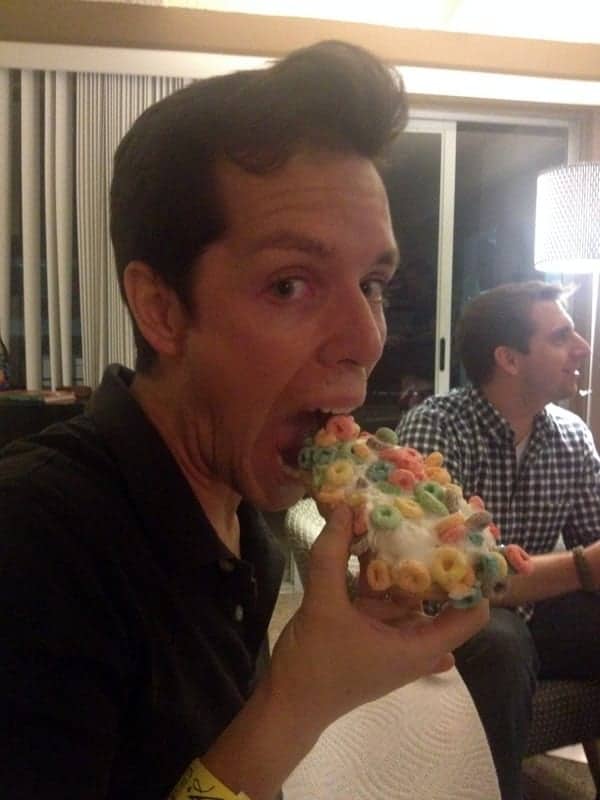 I, on the other hand, went for more chocolatey peanut butter goodness with the Memphis Mafia Doughnut…amazing, but SO HUGE! I definitely needed help finishing that one.

Sunday, we headed out to a huge REI store that is built inside an old train station.  It was amazing in there, and Brian and I basically wanted to buy every piece of outdoor gear they had. 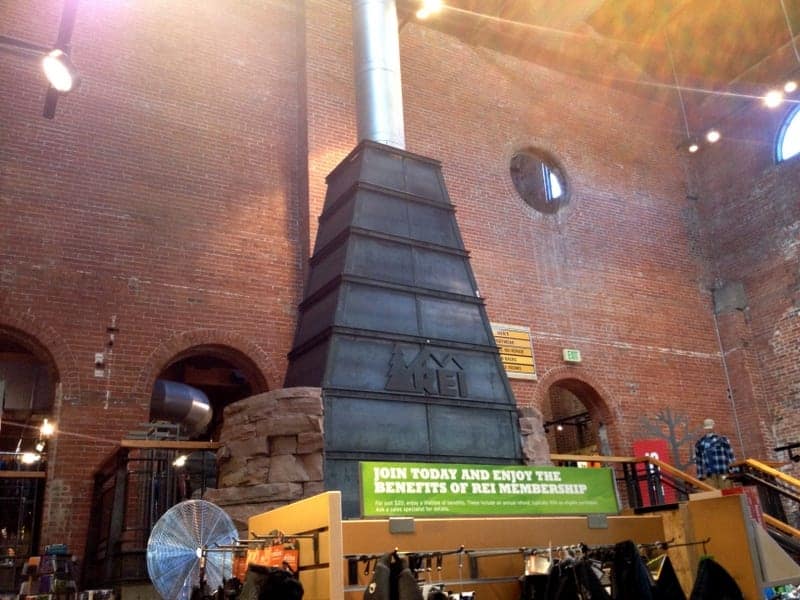 Another awesome thing we saw just outside of REI was the South Platte River.  There were people SUPing, playing in the water, kayaking…you name it! 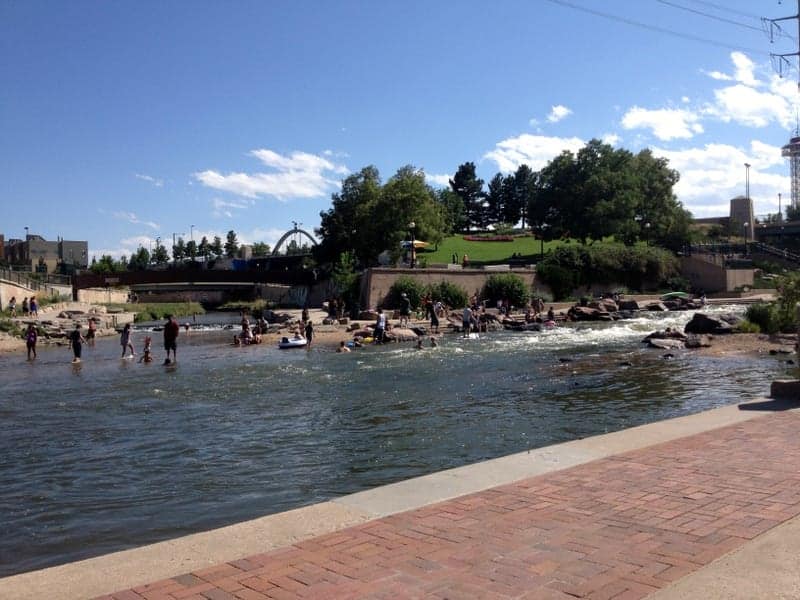 After running errands and cleaning things up around the house, I made one of the most amazing salads ever using our Blackberry Adobo Jam as a chicken marinade. 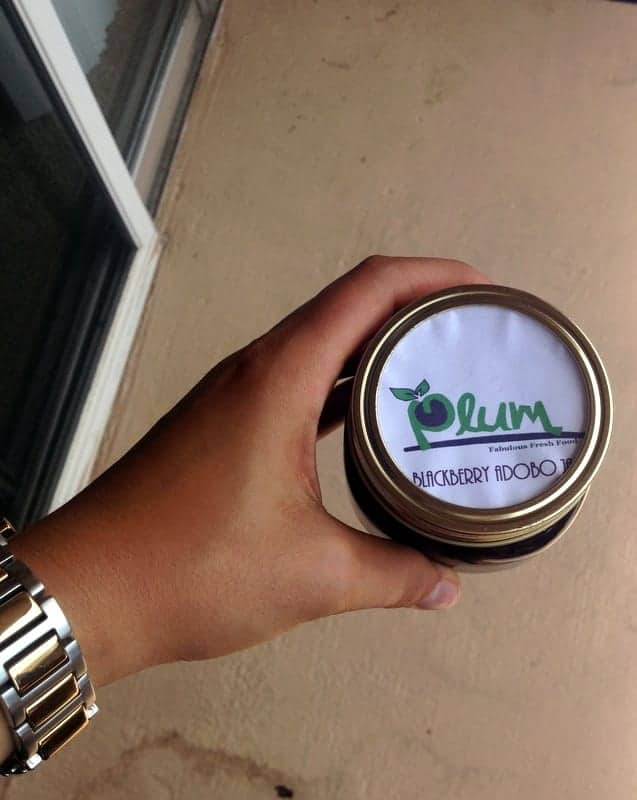 The salad was romaine and spinach topped with onion, tomato, avocado, peaches, and blackberry adobo jam chicken.  So good. 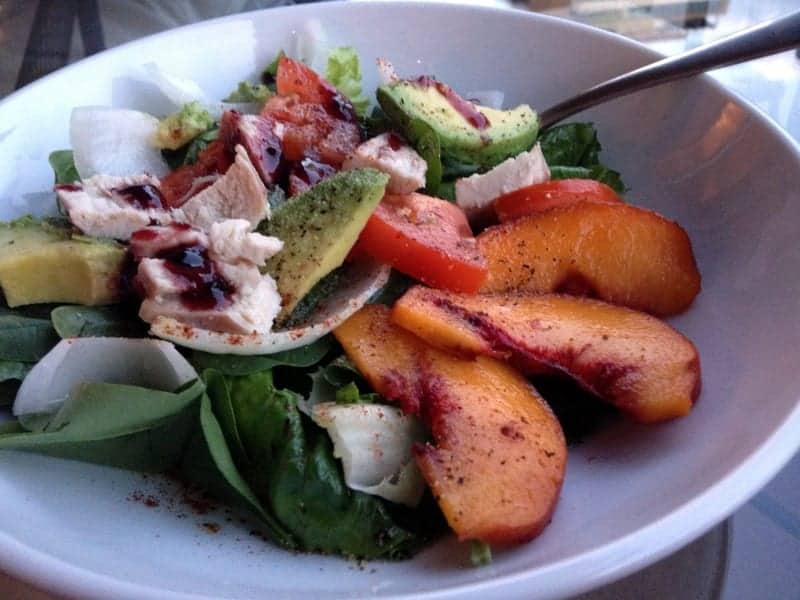 Hope you had a great Monday too!