This past weekend, Brian and I decided to act like tourists in our own city by visiting the Indiana History Museum, taking in all of the sights to see, eating at a new restaurant, and attending a live performance in the evening.  It was the perfect weekend!

The first stop of our day after lunch was to the Indiana History Museum, which is situated right on the canal in the heart of downtown Indianapolis. 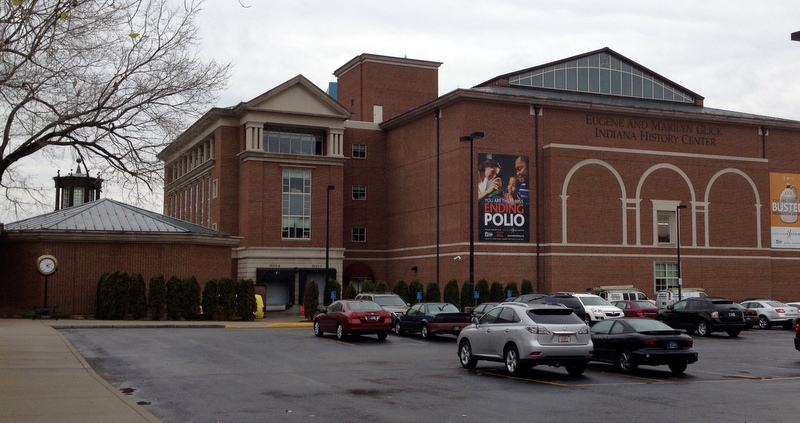 When we walked in the entrance, we were greeted with  a scene of Christmas morning that looked as if it could have been taken directly from the movie A Christmas Story.  After all, that movie is set in good ole Indiana! 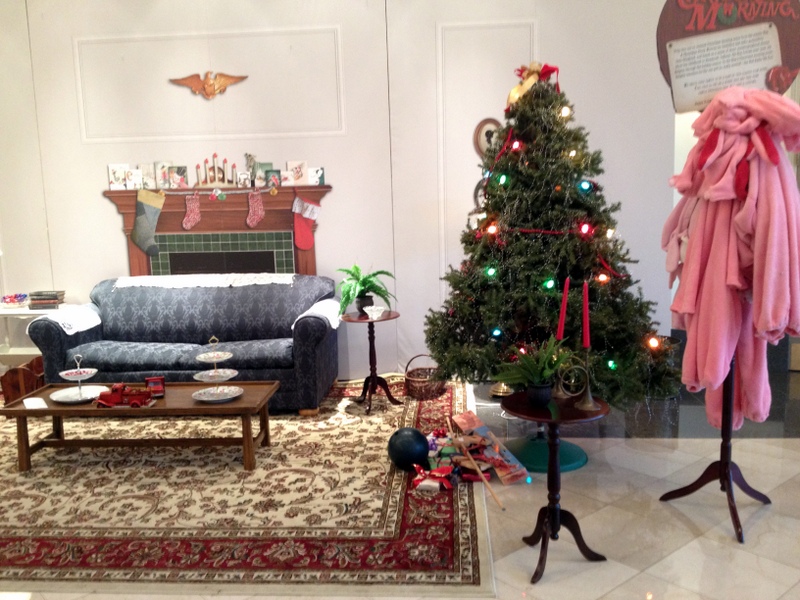 We then headed into the Indiana Experience which is comprised of the Destination Indiana, Cole Porter Room, and You Are There exhibits. 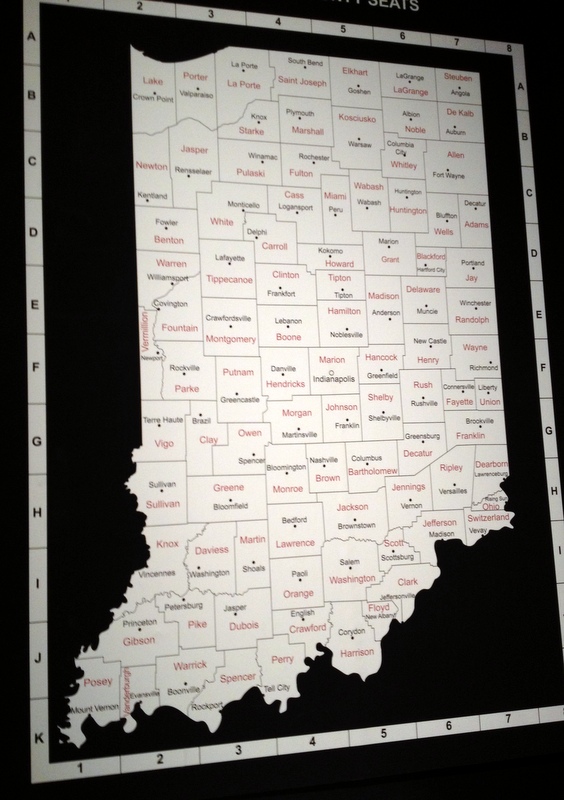 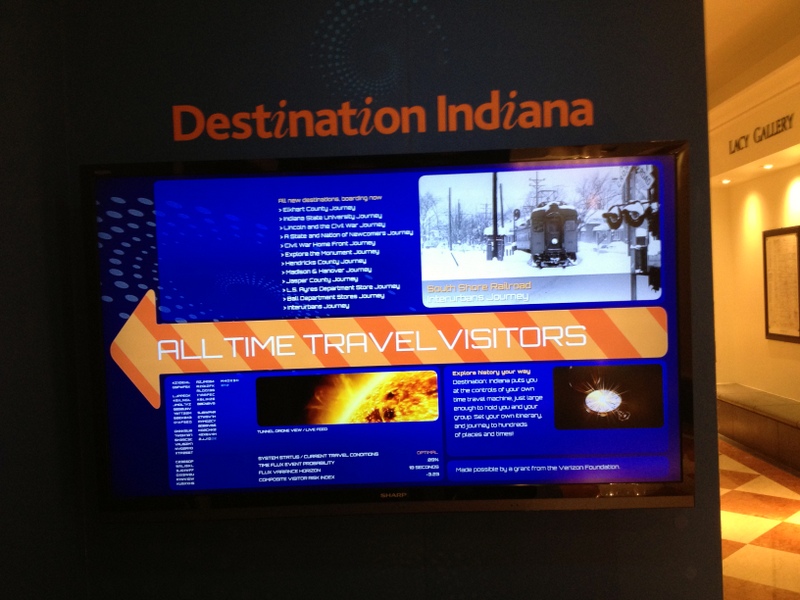 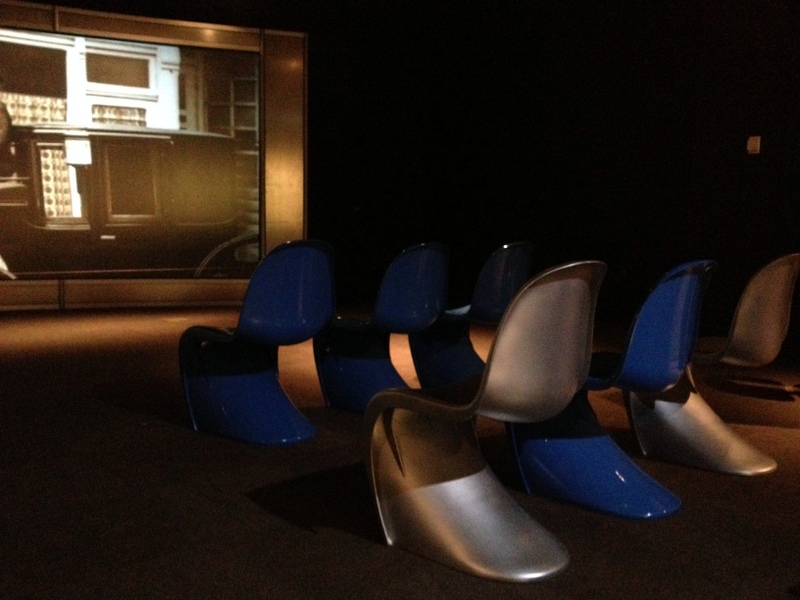 We then moved on to another portion of the exhibit which had individual flat screen computers for visitors to sit at.  Once at the screen, we were then able to select various topics including every single county in the state to learn more about the history.  We made sure to click on Johnson County and Allen County, where Brian and I grew up!  This was so interesting, because so much has changed since these counties were formed, but in some photos it was easy to tell where they were taken because things still look the same. 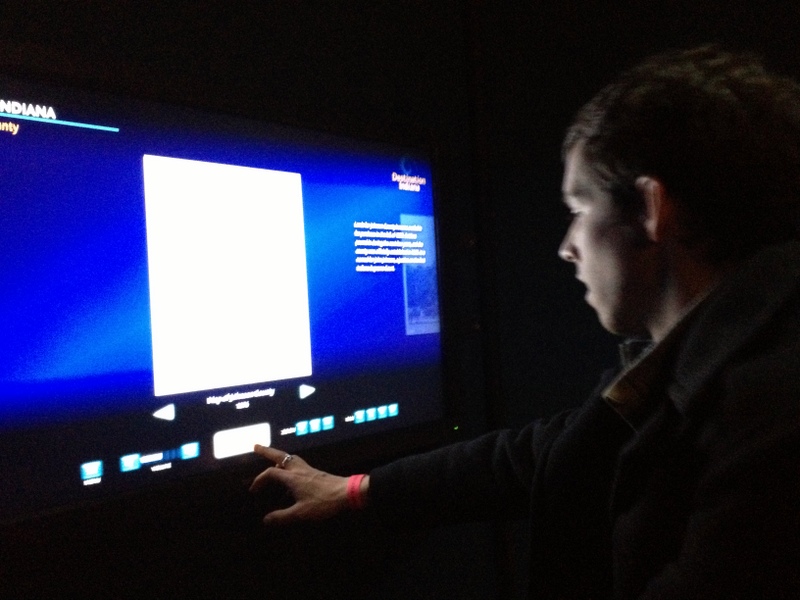 The next stop was the one I was looking forward to most:  The Cole Porter Room. 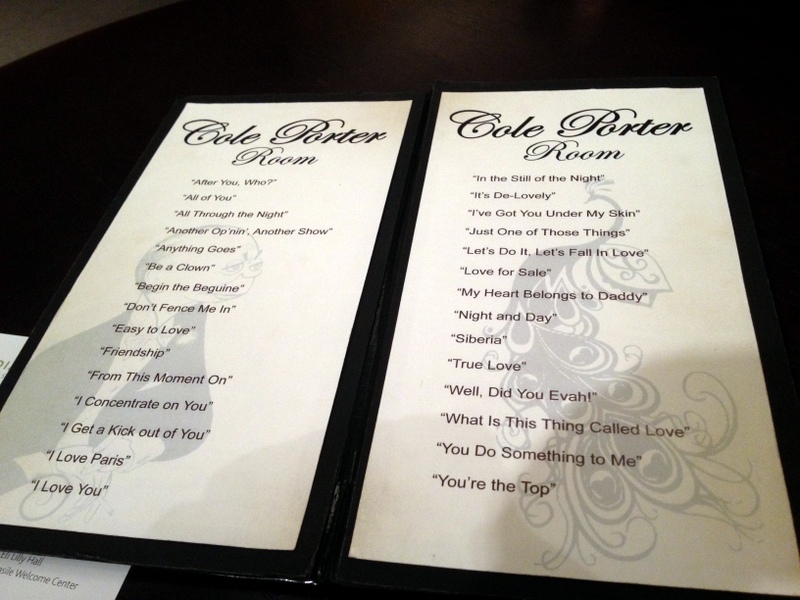 The Cole Porter Room is set up like an old bar with Cole Porter memorabilia and photos decorating the room. 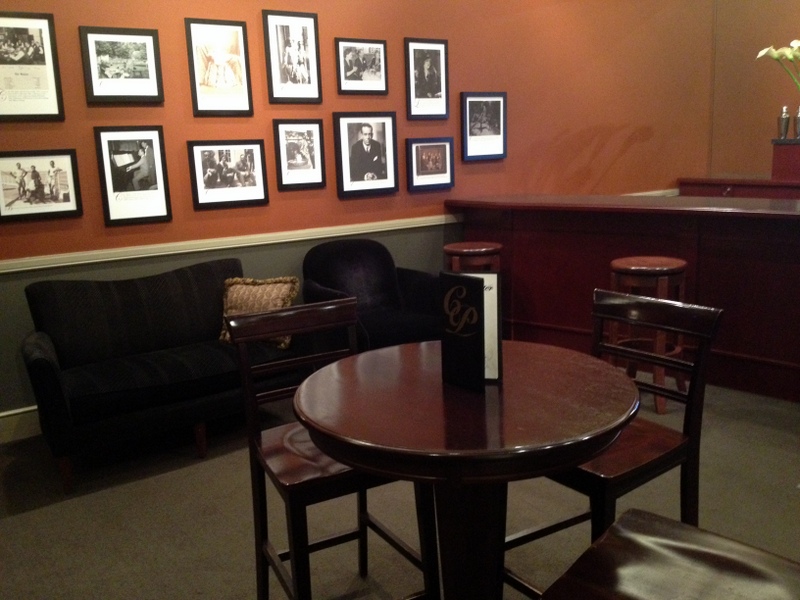 This room is special because there is always a live singer present to sing a Cole Porter song for you on the spot!  I requested “I Get a Kick Out of You” because I thought that was originally by Frank Sinatra…guess I was wrong! 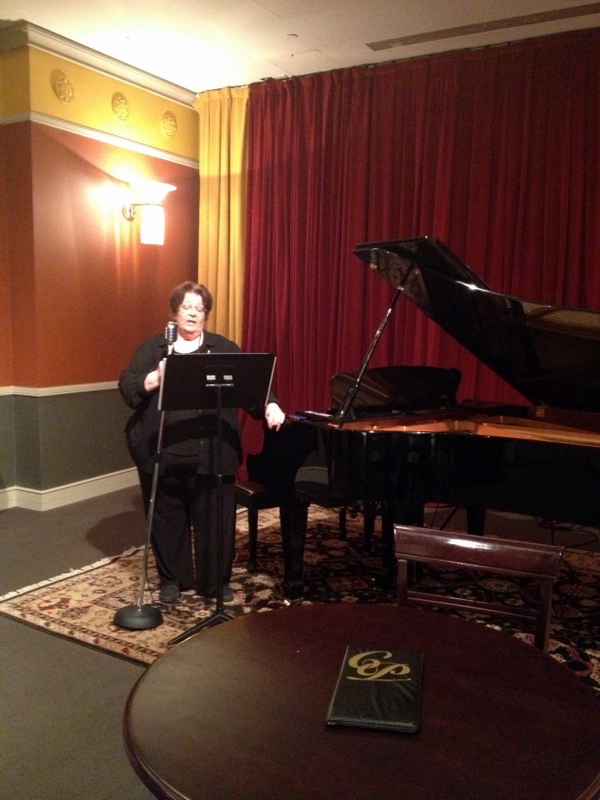 The last stop of the day was probably Brian’s favorite (and a close second for me!).  We finished our trip to the History Museum with the You Are There exhibit. 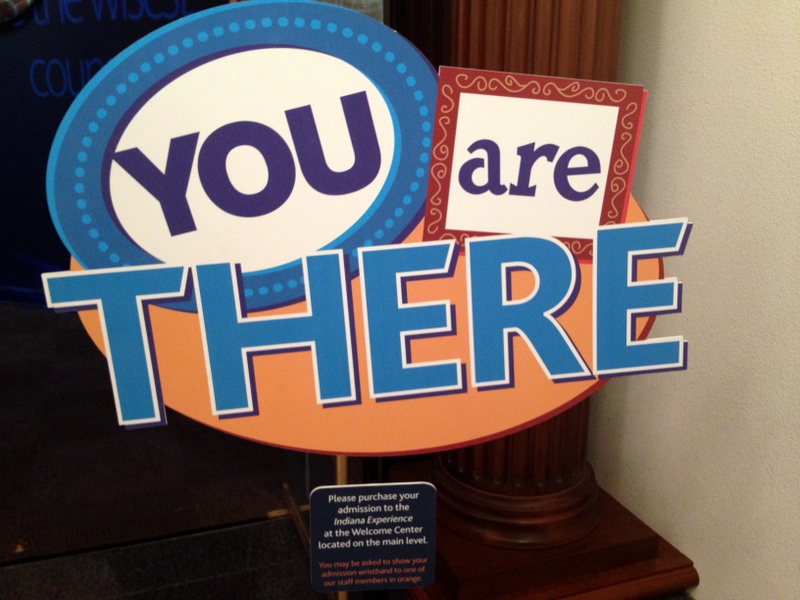 This exhibit takes photos from the past and literally recreates them.  They recreated the sets, objects, and anything that may have been in the room of that picture…including people!  There are live actors in each “photo” that are able to tell you about the time period of the picture, what is going on, and how they felt about what was going on.

Each exhibit starts with a person from the museum explaining a little bit about the picture. 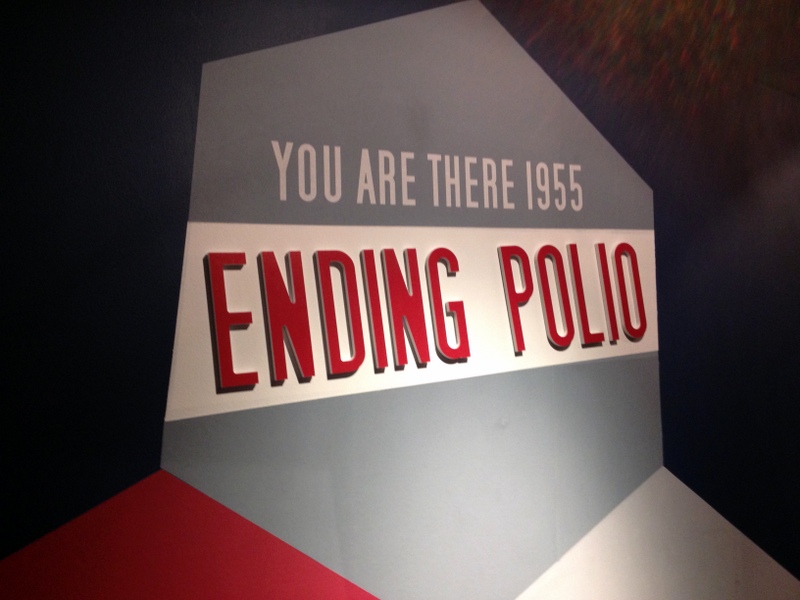 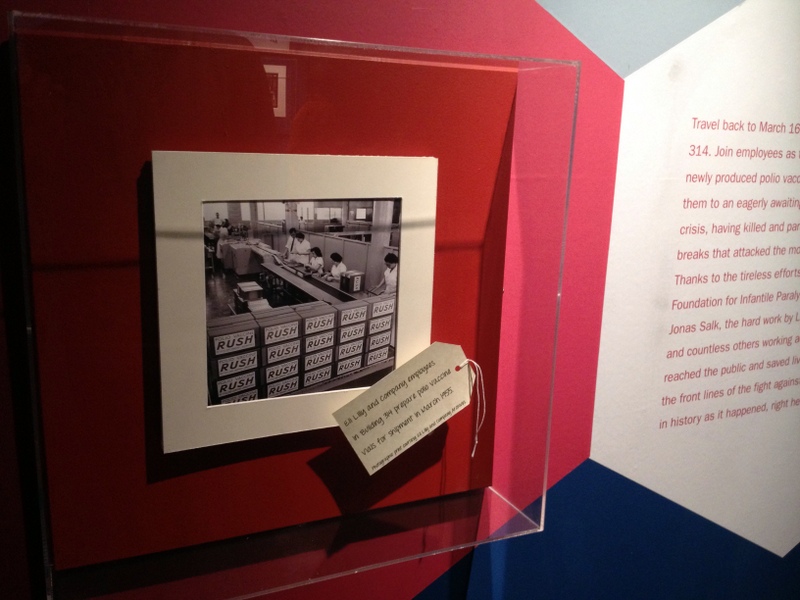 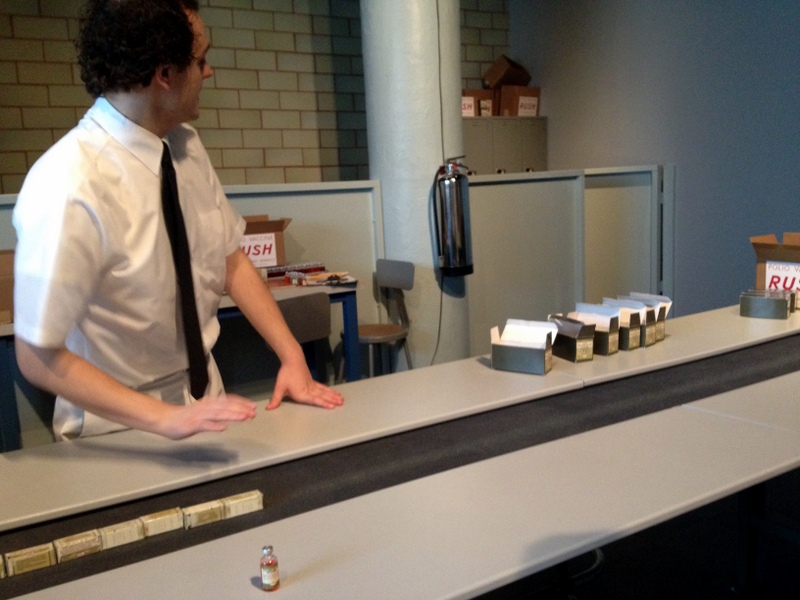 From there, you can either “jump” right in the picture or you can go through the small educational section before so you understand a little bit more about the time period in which the picture came from. 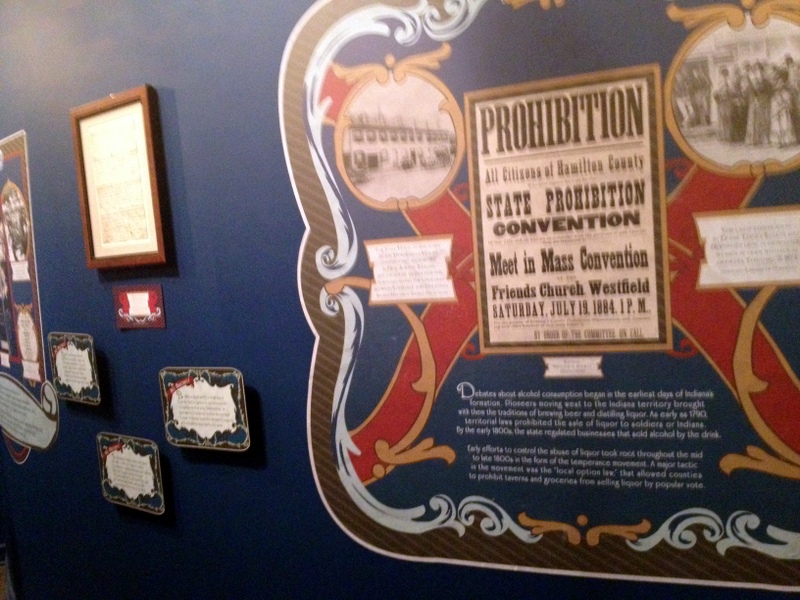 This picture was taken during the prohibition.  The officers had just found the largest whiskey still in the state! 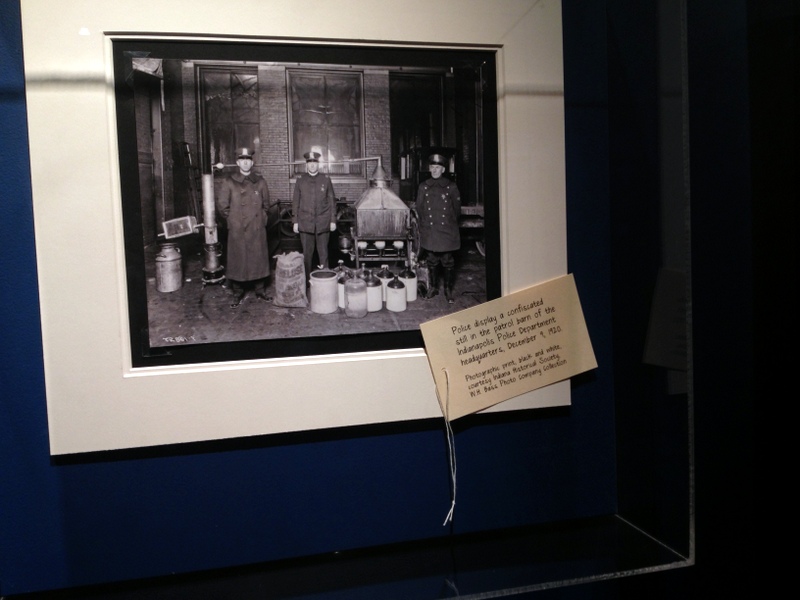 When we walked in the picture, we saw the whiskey still, and we also met a woman who was completely against alcohol and was not afraid to let us know! 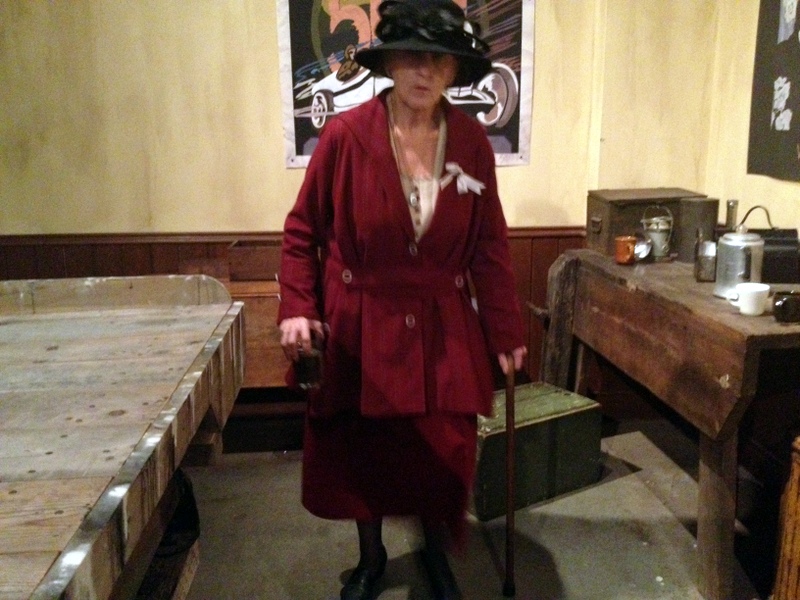 In this photograph, we were able to see how they took measurements of criminals in addition to pictures and finger prints.  When I asked the police officer why they took so many measurements, he said that if they took the right measurements that is how they could tell identical twins apart from each other.  Interesting! 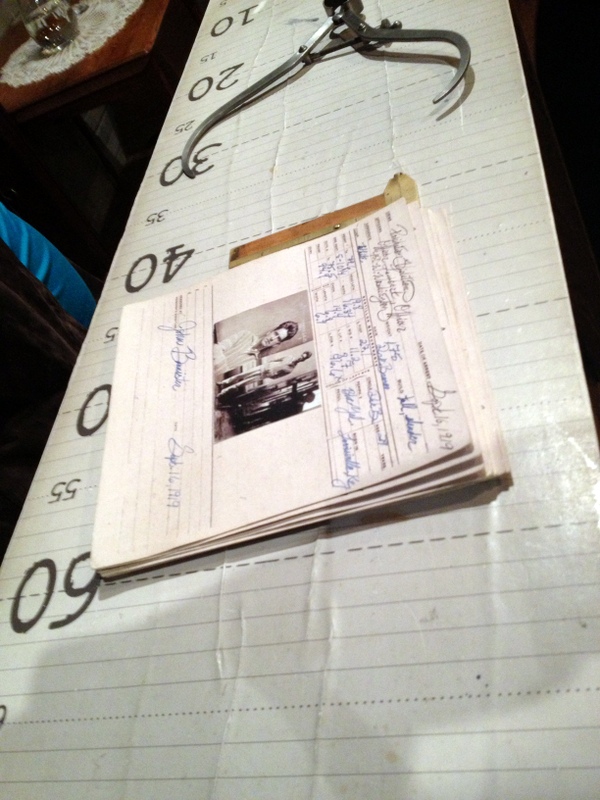 After finishing all the exhibits, we made sure to stop at one very important and final exhibit…the gift shop!  The gift shop was full of Indiana gifts from local producers.  Next time I am in a bind for a gift, I am definitely going to the gift shop! 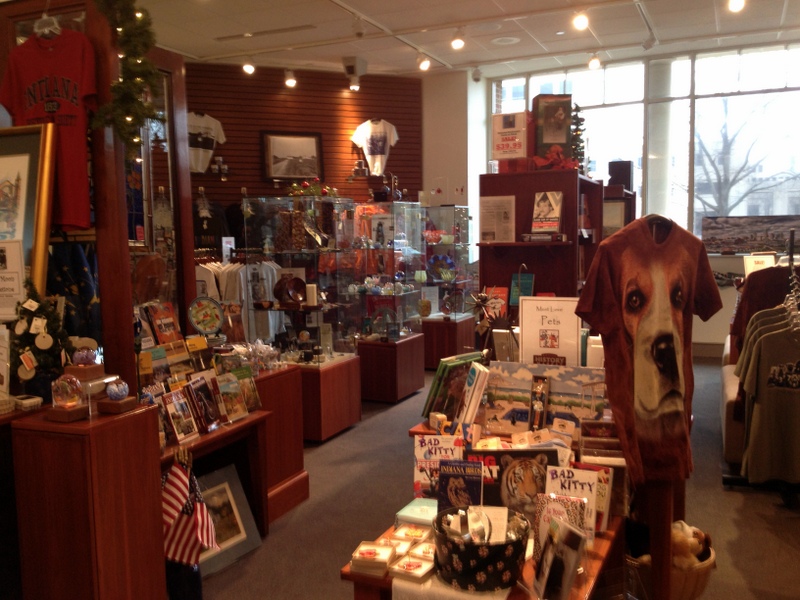 I loved everything about visiting the museum.  We were able to enjoy ourselves in each exhibit, and our visit only lasted about two hours.  If you are visiting Indianapolis or from Indy and have never been, I highly recommend visiting the History Museum!

Does your city have a history center?  Have you ever visited?