This past Friday, I attended an Indianapolis McDonald’s Blogger Event promoting the new Favorites Under 400 Calories menu. 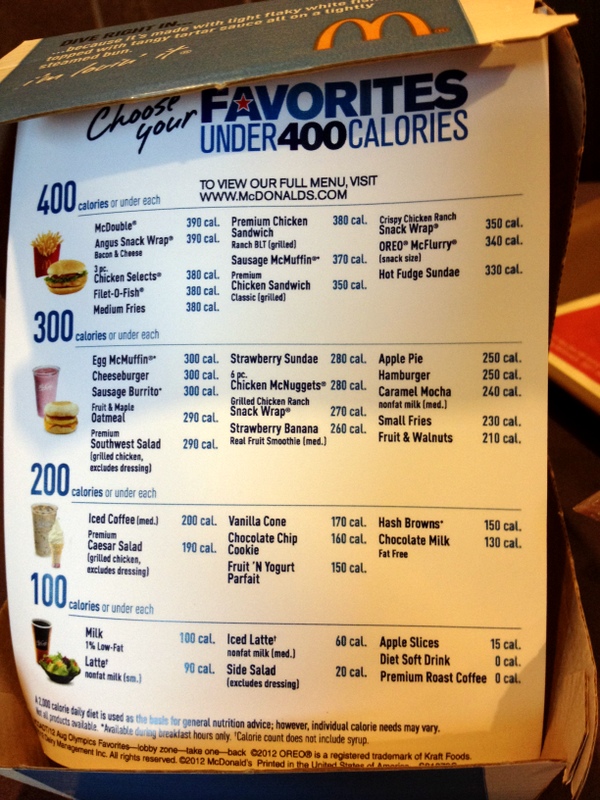 I received the invite a few weeks ago, and I have to admit that I was hesitant to RSVP yes.  Typically, McDonald’s is not a place that I stop when I need to eat something on the go.  Because McDonald’s has been such a hot topic in the news recently due to their menu changes and adding calorie counts for every food item, I was very intrigued and wanted to see what McDonald’s had to say about their “healthier” options.

I was the first blogger to arrive.  I really had no idea what to expect since this was my first official “blogger” event.  As soon as I arrived, I was greeted by the team of girls organizing the event.  As soon as I was done filling out a small photo release form and putting on my name tag, I was taken to the counter to order my meal off of the Favorites Under 400 Calories menu.

I try to eat protein with each meal, and because I am currently only comfortable eating fish, dairy, vegetarian “meat” products, beans, nuts, and free-range organic chicken I got a little creative with my meal choice.  I ordered the apple slices, side salad, and filet-0-fish.  I took the fish out of the bun, removed the tartar sauce, and put the fish on top of my salad.  It was pretty tasty!

I usually stick to just vinegar with spices or salsa for my salad dressing, but with this meal I opted for the Low-Fat Newman’s Own Italian dressing. 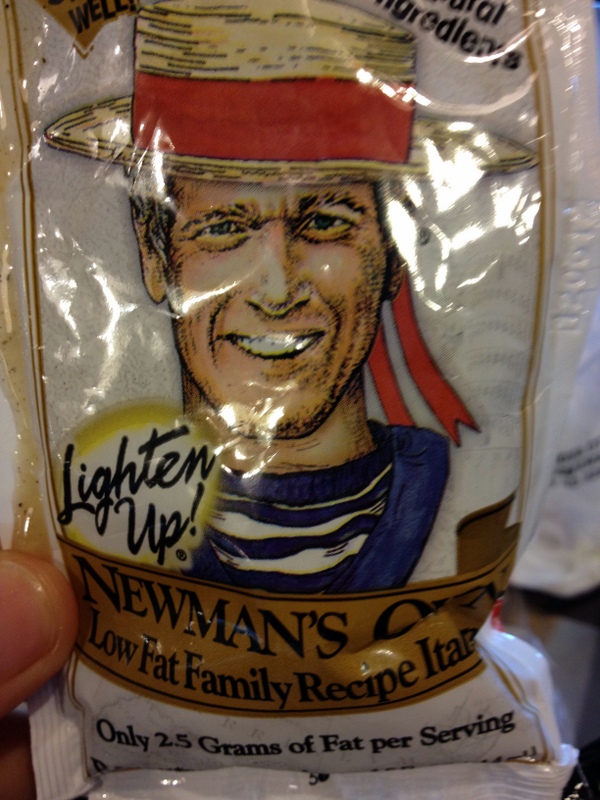 After we were finished eating our meals, James, the owner and operator of that particular McDonald’s spoke to us.

He explained that on a local level he initially wanted to start focusing on making the breakfast options better so that people could start their day off right.  According to James, that really took off and they wanted to reach out to the rest of the menu.  Now that McDonald’s is making menu changes at locations all over the country, more people are noticing the calorie counts and making changes to their orders accordingly.  James told us that when people notice the new menu, they are pleasantly surprised and take a bit longer to order.

As the owner of a McDonald’s, I  was curious as to how James ate and what he thought about the nutritional value of the food that he provides in his restaurant. James explained to us that he lives his life by three words. 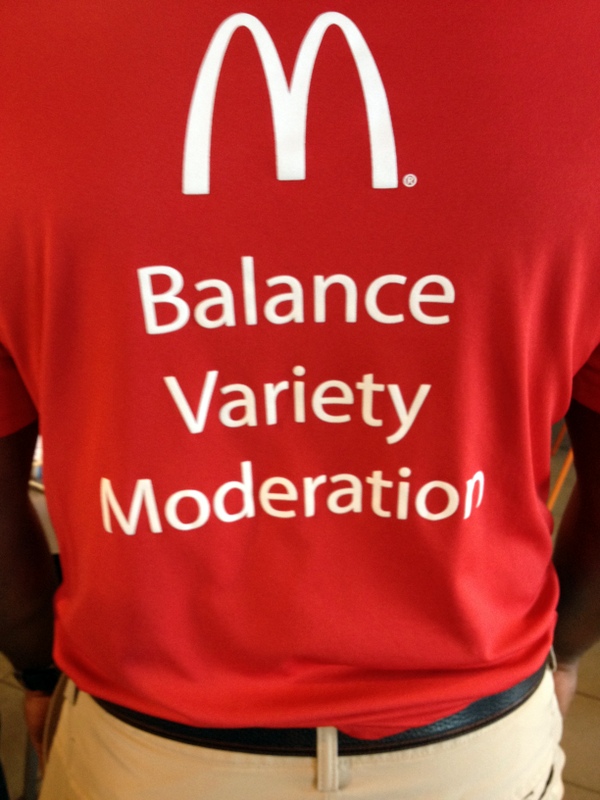 He is an avid runner and has completed the Indianapolis Mini Marathon and the Chicago Marathon several times.   In addition to running and maintaining a level of fitness throughout the year, he also informed us that he eats McDonalds at least once a day, every day.  Because he lives by balance, variety, and moderation and lives an active life he is able to maintain healthy blood pressure and cholesterol levels.

I found this so interesting!  My image of McDonald’s previous to this event was strongly influenced by the movie Super Size Me, which I am now realizing may not have been a fair judgement of the restaurant chain.

At the end of the event, we each received a little bag of McDonald’s swag full of cups, stickers, coupons, post-its, and a little McDonald’s fact booklet. 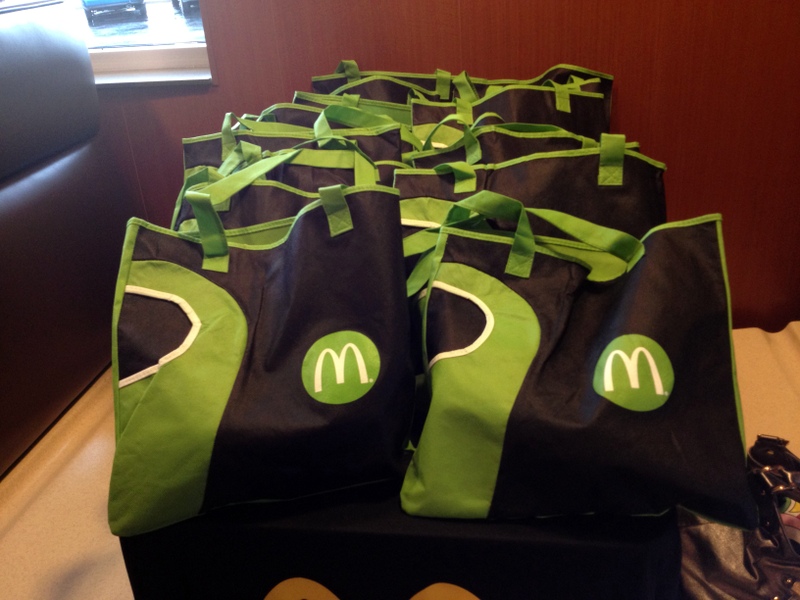 Overall, I was very impressed with what McDonald’s had to represent.  I still do not plan on frequenting the drive-thru on a regular basis, but it is good to know that the nutrition information is easy to find, there are several lower calorie options, and that McDonald’s has many more changes in store that will continue to amp up the healthiness of their food options.

Thank you so much for including me on the rollout Favorites Under 400 Calories menu!

Have you noticed the changes at McDonald’s in your area?  Will these changes effect your decision to stop their for a quick meal?