This year, I am going to have four Thanksgiving dinners!  One for each hotel that I work at, one at our quarterly sales meeting tomorrow, and one that is home cooked by Brian’s dad.

I guess you could say that I am making up for lost time, because last year I was working on the cruise ship.  Although there were some Americans traveling, and they served a Thanksgiving dinner, we were docked in Thailand that day.  So instead of eating a big Turkey dinner at the table with family, I wandered around the streets of Pitaya, Thailand.  Not quite the same, but still a great experience!

At first I had no idea what I wanted to bring to this pot luck Thanksgiving.  There are just so many options!  But, as usual, my mom had the perfect idea.  Mini pies!  They are cute, tasty, bite size, and require little clean up.  Not to mention they were fun to make.  I was sold on the idea of mini pies. 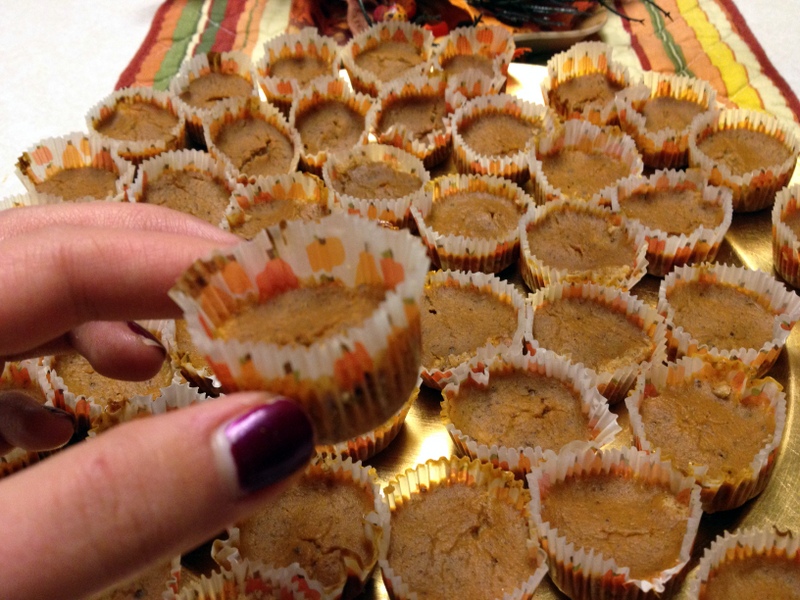 Traditionally, my dad makes the pumpkin pie using the Libby’s Famous Pumpkin Pie recipe.  Since this was my first attempt at making any sort of pumpkin pie, I thought I better stick to the basics and tradition by using that recipe as well by simply adapting the bake time.

The little pies turned out great! 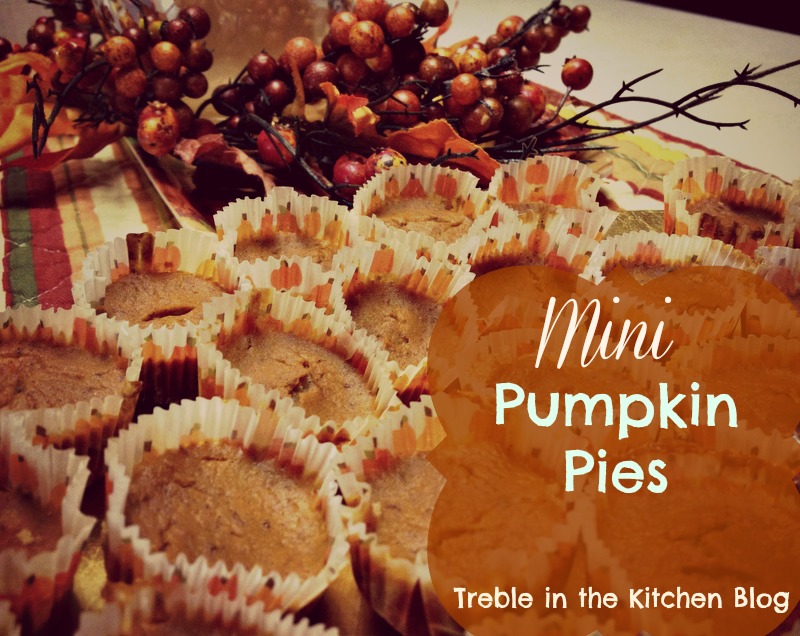 First, preheat the oven to 400 degrees. 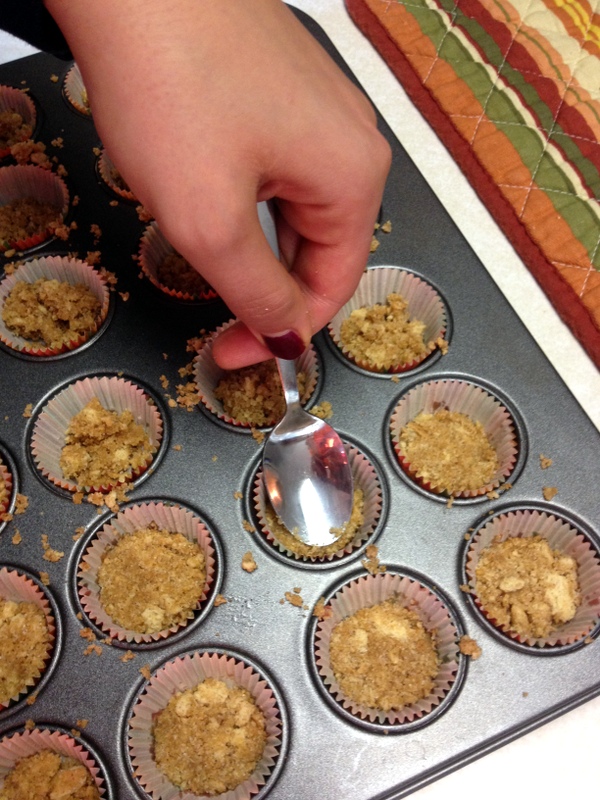 Then, mix together the pie ingredients in a large bowl.  Once the pumpkin mixture is combined.  Place about a tablespoon of the mixture into each pie crust.

Once each muffin tin is full, place in the oven at 400 degrees for 10 minutes.  At 10 minutes, turn the heat down to 350 and continue to bake the little pies for another 5-10 minutes, or until you stick a toothpick in the center of a pie and it comes out clean.

Allow to cool completely, and enjoy! 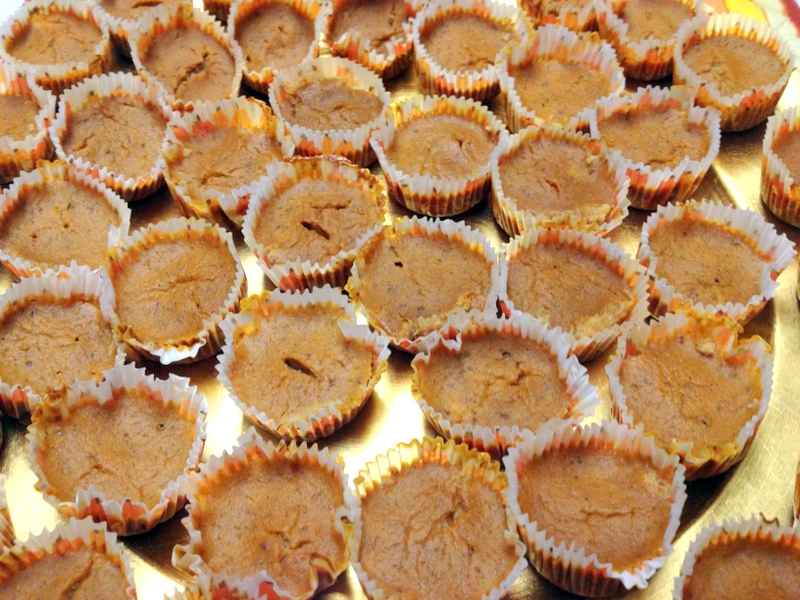