Sorry I went MIA yesterday, I was called into work early and didn’t get home until after 11pm….long story short I was dog tired.

So tired in fact, that I did not wake up early to go to a workout class today, so I plan on running 3 miles and doing some ab exercises later this morning.

I do have to say though that Body Pump was amazing yesterday, and I can’t wait for the next class!

Let’s do a little recap of yesterday…

Lunch was a little random yesterday because I was preparing the salad I was making for dinner so the flavors could meld I was called into work. 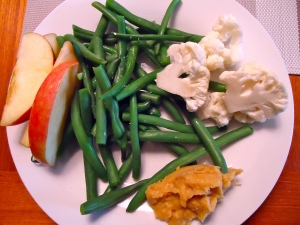 I ate some steamed green beans (leftover from the salad I was making), apple slices, and cauliflower with hummus. Random, but tasty. 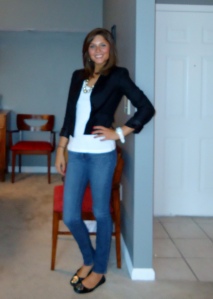 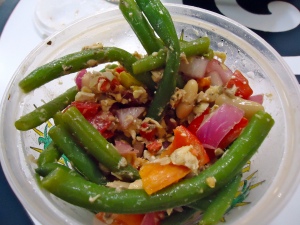 Sorry the picture really doesn’t do it justice, but this salad is delicious.  Unfortunately, because I was in a rush it was more of an experiment where I was just throwing things together and tasting as I go, so I can’t share a recipe with exact measurements with you 🙁  Here is what was in my delicious dinner salad.

It was so tasty!  I then had a side of cereal….random I know. 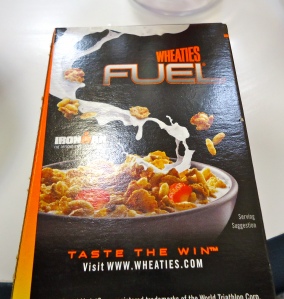 When I was standing in the massage line after the half marathon last Saturday, a woman wearing a Wheaties shirt that I had seen running the race was passing out samples of Wheaties Fuel cereal because she was actually sponsored by them.  I’ve told you before how I react when someone offers free items…somehow my Mom and I ended up with three boxes.
This cereal is seriously delicious!  I just ate it plain as like a trail mix, and I think that it would make a great snack or munchy anytime of the day.  It was crisp, sweet, and didn’t have very much of the traditional “wheatie” taste.  The woman giving out the samples said that she actually ate them before the race for breakfast and felt like it kept her full and gave her energy for the race.  Sounds like a good deal to me!
Breakfast Today
I started off the day with a peanut butter banana smoothie (with spinach in it of course). 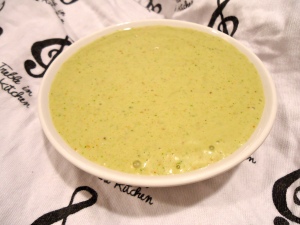 Now, I’m off for my morning run…don’t worry the Yoga Pose for today will be on the blog soon 🙂