This weekend has been just as amazing as I had hoped it would be…and it’s technically not even over yet!

Brian and I (actually…just I) did some major shopping damage on Friday.  I have been working a the LOFT clothing store in the mall and Saturday was my last day…and I needed to use up my discount!  We also hit up the outlets 😉 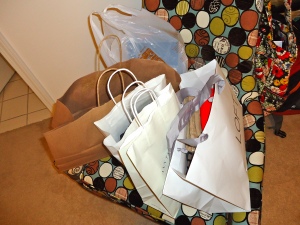 By the time that we were done shopping, it was 8pm and we hadn’t eaten dinner yet!  I don’t know how that happened because usually my stomach is growling by 5:15pm.   What can I say, I am a very “scheduled” eater.

Initially, Brian and I had plans to eat at our favorite sushi place, but when we looked at the time and realized that it was a Friday night and we didn’t want to wait to eat until 10pm we decided to head back to the apartment to make our own meal.

For some reason I had the weirdest craving.  Pancakes.  Breakfast potatoes.  And Salad.  All together for one meal, and it was delicious.  I used the Hungry Jack Complete Wheat Blends pancake mix and was totally satisfied.  The salad had celery, onion, hard boiled egg, summer squash, and cucumber.   Random but totally delicious. 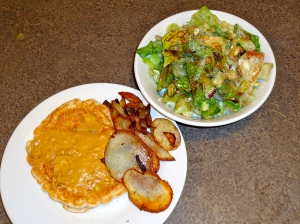 We then went over to Kelsey’s for a little martini party in honor of her birthday.  She seriously makes the best cocktails!  The first one she made us was pomegranate flavored…so good. 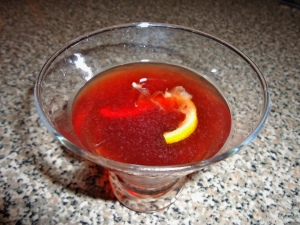 She is so good she doesn’t even have to look while she is pouring! 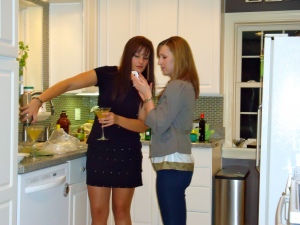 The martinis were tasty, but I only had one knowing that I had to work my last shift at LOFT starting at 9am the next day.

In order to fuel myself for my last day of work I made an egg white scramble with spinach, cottage cheese, and onion and put it in a whole wheat tortilla that was deliciously soft. 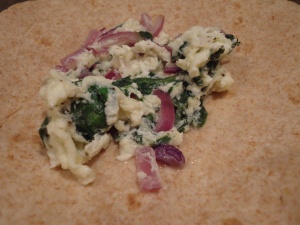 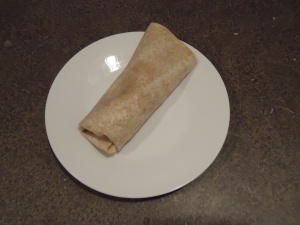 After work, I came home and put the finishing touches on cleaning the house and ate a little lunch.  Then, I was surprised by Chelsea, Ashley, and Dina (my girlfriends from home) arriving early so that we had a little time to hang out and shop for last minute accessories before the going away party!

The party, the people, and the night were absolutely fantastic and perfect.  I couldn’t have asked for anything better 🙂 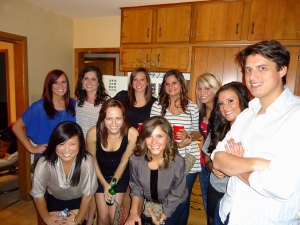 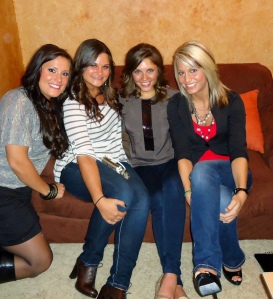 Look at that cute puppy costume! 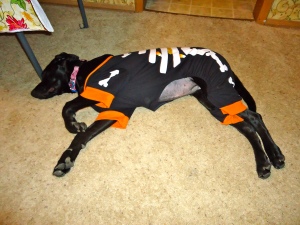 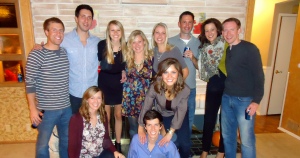 We also hit up the bars after the party. 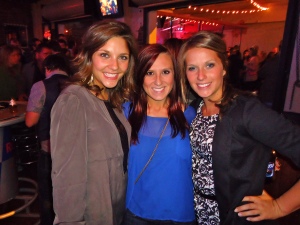 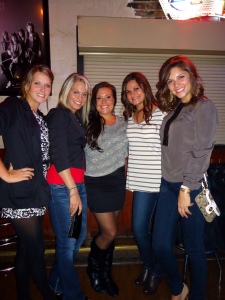 I really wanted to give the girls the true Indianapolis Broad Ripple “experience!” 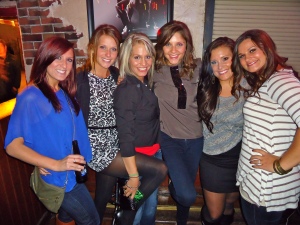 This morning, we woke up needing some fuel after last night’s “festivities.”  I really wanted to show the girls my favorite brunch spot, Patachou!  Patachou is owned by the same people as Napolese, which is probably why I love both places so much!

The restaurant is really known for their cinnamon toast (which none of us got) and their omelettes (which Chelsea and Ashley got!).  They also have pretty delicious bloody marys 😉

I had whole wheat toast with peanut butter and a fruit cup. 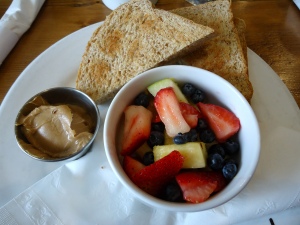 Chelsea and Ashley had the egg white omelette of the day which had mushrooms and asparagus (among other things), and they loved it! 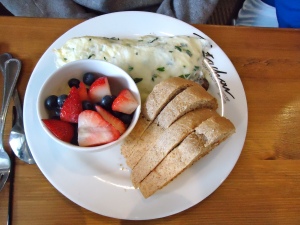 Dina had the fresh waffles, which also looked super tasty. 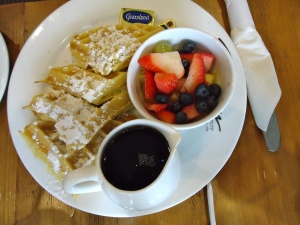 And Brian ordered probably the most random thing on the menu, but it was really tasty.  His meal was called the Cuban Breakfast Special and had egg, cheese, rice, black beans, and avocado.  That sauce on the side looked like pesto, but it was actually a spinach jalapeno sauce. 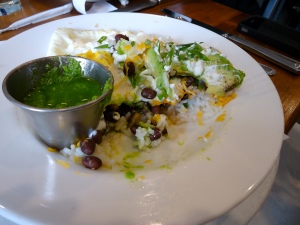 And now the weekend continues.  Brian and I are a little slow moving today, but the agenda for today is basically pack for the weekend and head to the lake house.  Tonight we are laying low…making dinner, watching Desperate Housewives, and then hopefully watching (if I can stay awake) PanAm.

Have a wonderful Sunday!