The Best Pizza EVER Made on the Grill

It’s the weekend!  The sun is shining, and it is going to be great.

Yesterday, I started off my Friday with a little treat of an iced coffee with a splash of skim milk.  The coffee was strong…but good.  I love the jolt that I get when I drink a coffee at the start of the day. 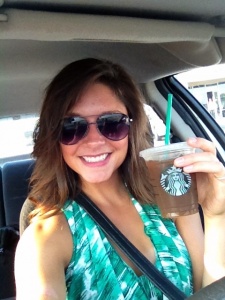 After a day’s work, I met Brian, his mom and grandma at the Loft to redeem an amazing coupon that I received via e-mail.  50% off everything!  Let’s just say a little bit of damage was done 😉 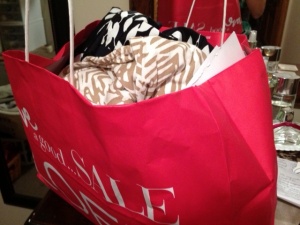 One of the things I am most excited about are my new patterned cropped pants!  I have been wanting some for a while now, and with the coupon…I just couldn’t resist the deal. 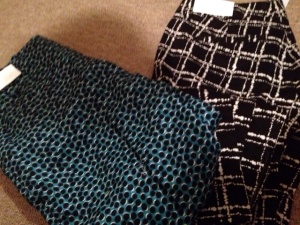 We then came home, and Brian and I prepared dinner for us and his parents.  Pizza on the grill it was!  I was in charge of preparing the toppings and Brian was the grill master in charge of the crust. 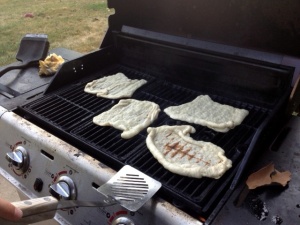 Preparing the crusts on the grill was sooo simple!

Shape your favorite pizza dough into individual pizzas.  Place oil or nonstick cooking spray on the heated grill.  Once the crusts are slightly browned on the bottom, give the pizzas a flip. 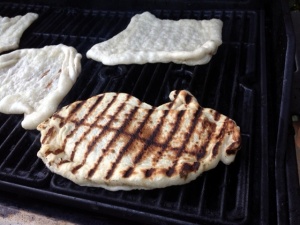 Allow them to get brown on both sides, then bring them inside and top with your favorite toppings. 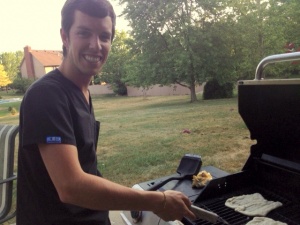 Set them back on the grill, and close the lid until the toppings are hot and the cheese is melty. 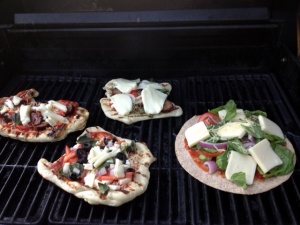 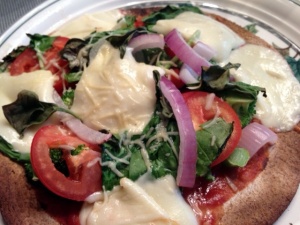 As we were eating our, we had a little bit of free entertainment in the back yard…. 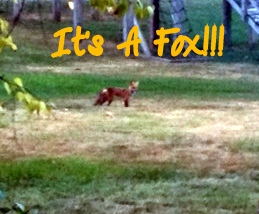 Yes, that would be a fox in the backyard.  I had never seen a fox until then!  He was just roaming around like he owned the place.  Then, this morning as I was drinking my smoothie breakfast…we saw four foxes playing together on the neighbors playground set!  Crazy!

I had a delicious banana almond smoothie for breakfast with a touch of spinach to fuel me through some early morning wedding shopping.

Today, at Old Navy is Flip Flop Day! I had no idea this day even existed until Kate (Brian’s mom) texted me yesterday that flip flops were $1 each.  Since we wanted to have some at the wedding for the girls to slip on while dancing it seemed perfect!

We left at about 6:45 this morning to get to the mall around 7:00 when Old Navy opened…early for this special event.  I was shocked to see the line out of the door… 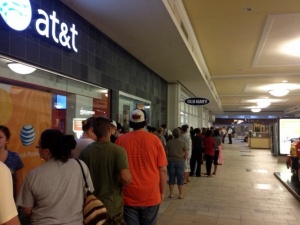 Luckily, we had a plan and got all the sizes of white flip flops we needed.  We even had my mom shopping for some up in Fort Wayne!

I think we are covered in the flip flop department 😉 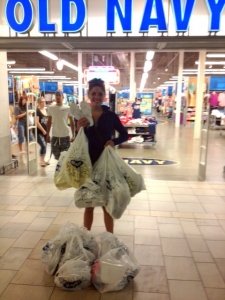 Now, off to a body pump class with a friend and being productive before a couple’s wedding shower this evening.