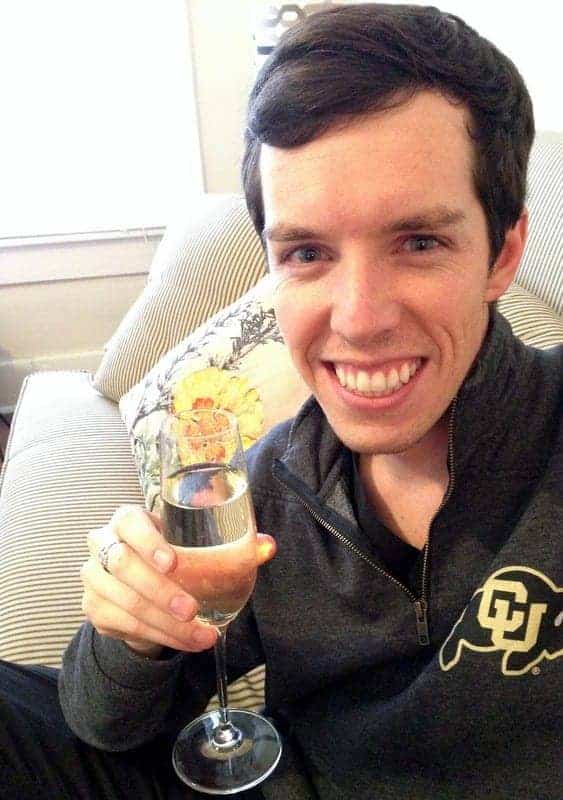 First and foremost, let’s start off this week by announcing the winner to the Gymboss Interval Timer Giveaway…

Congratulations to Sarah Waninger from Creating a Better Tomorrow 🙂

Now, onto the usual!

While Mondays mean snapping back to reality and having to get back in the work routine, I really have been loving the fact that I actually get to cook breakfast right before I eat it and enjoy it on a real plate with silverware rather than a prepped breakfast out of tupperware like most other days of the week.

Today’s breakfast was a mixture of 1 egg with 2 egg whites, spinach, and sweet potato.  On the side, I enjoyed frozen strawberries, blueberries, and bananas topped with almond butter.  All of this was eaten while sipping on a delicious coconut milk iced coffee. Yum! 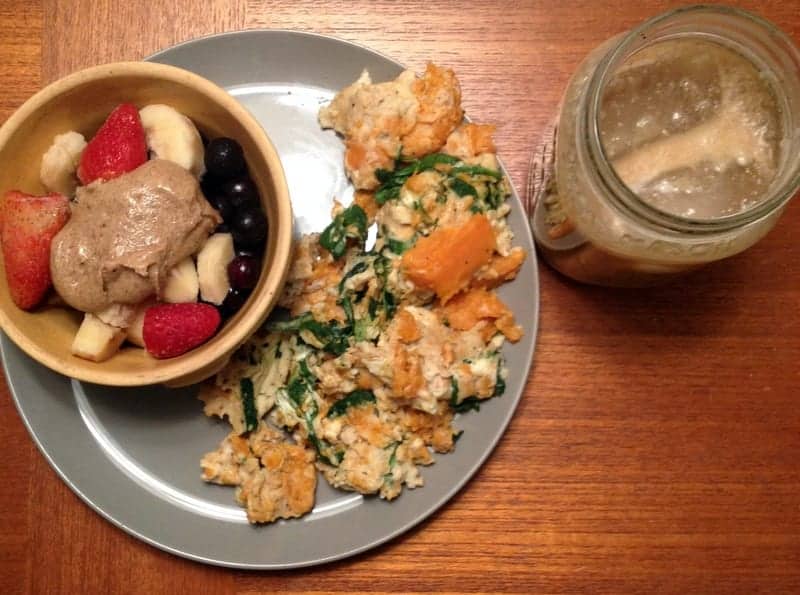 The most important and exciting thing that happened this weekend?

Brian completed his clinical (and final set) of boards!!! He feels really good about the exam, now we just have to wait for the official word saying he passed.

As soon as he got home, I was ready for him with a bottle of prosecco 😉

As far as workouts go this weekend, Saturday I woke up early to meet with a group of runners for a 6  mile run outside. 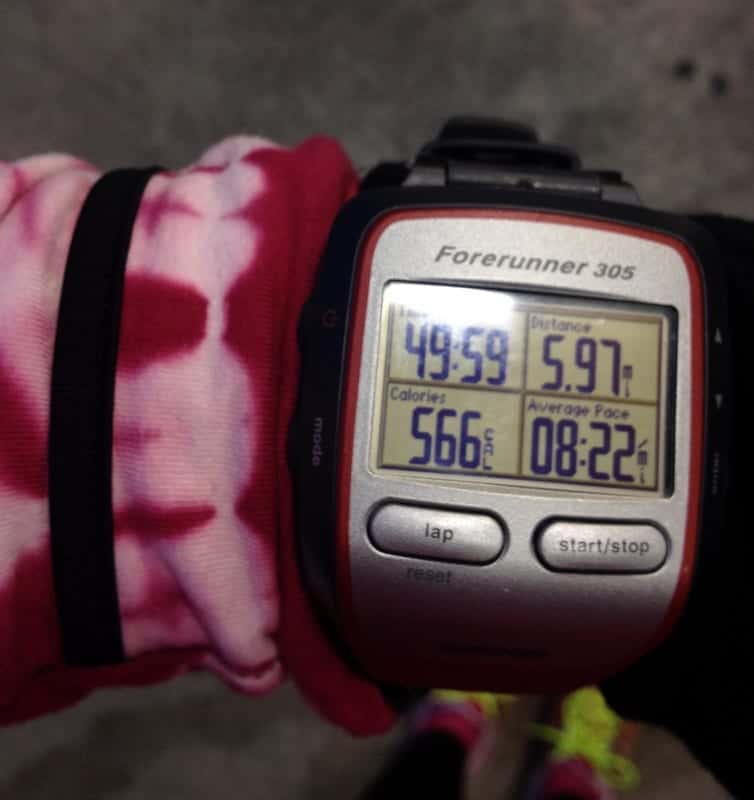 I had been completing some speed work indoors on Saturdays, but when a girl in my running group invited me to join her in another running group for an outdoor run I was more than ok with switching my treadmill run for something outdoors.  The weather was in the 30s, which honestly felt warm compared to what we have been dealing with most of this winter.  All in all it was a great run and I can’t wait to join the group again!

I also did some experimenting in the kitchen this weekend!

I made some grain-free blueberry muffins.  These tasted absolutely amazing, but the consistency isn’t quite right.  Some of the muffins hold together well, but some of them are VERY crumbly…looks like I need to make another test batch! 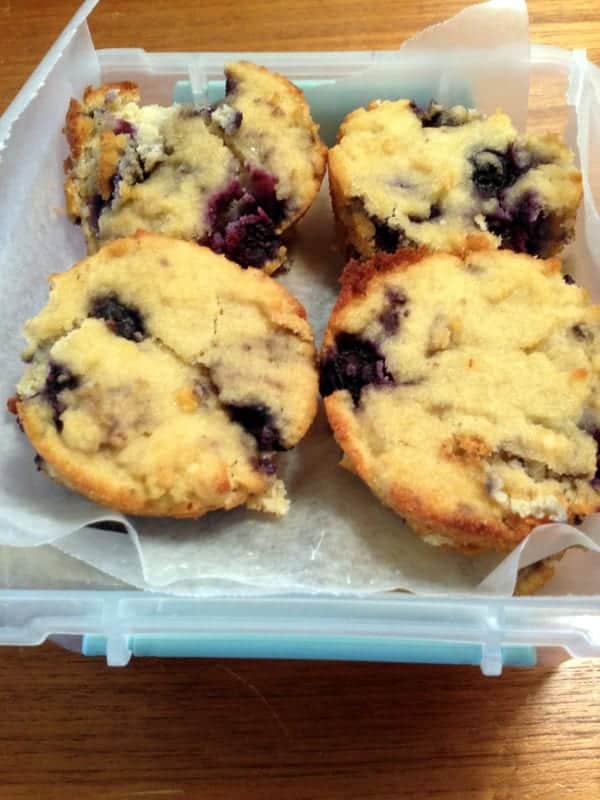 I also whipped up a new-to-me nut butter…recipe coming soon! 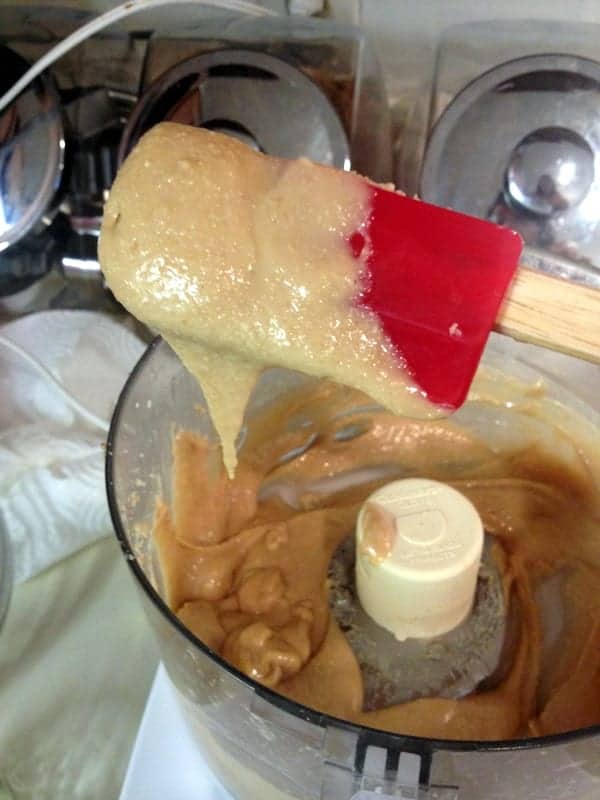 In addition to experimenting in the kitchen, Brian and I had some pretty delicious eats.

Isn’t this bell pepper adorable?! I cut it open and I immediately thought it looked like a heart 🙂 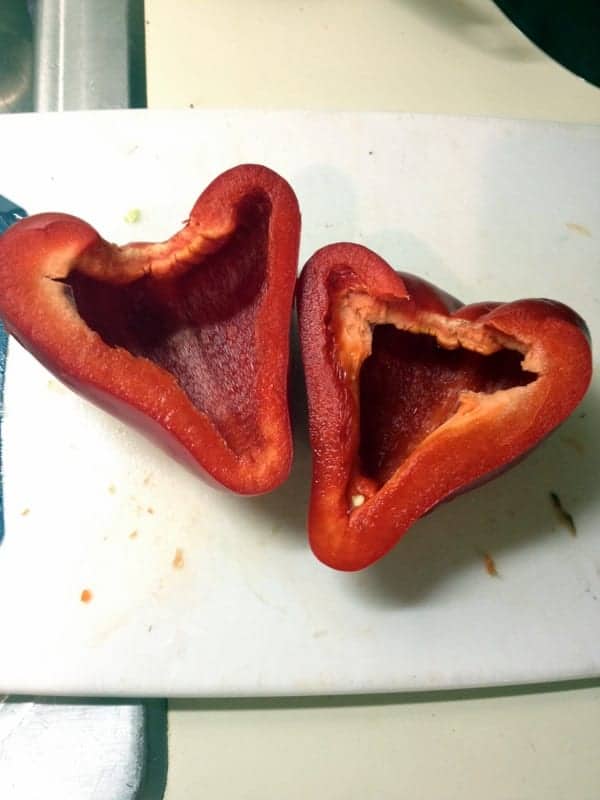 I tried acorn squash in my eggs instead of sweet potato…definitely doing that again! 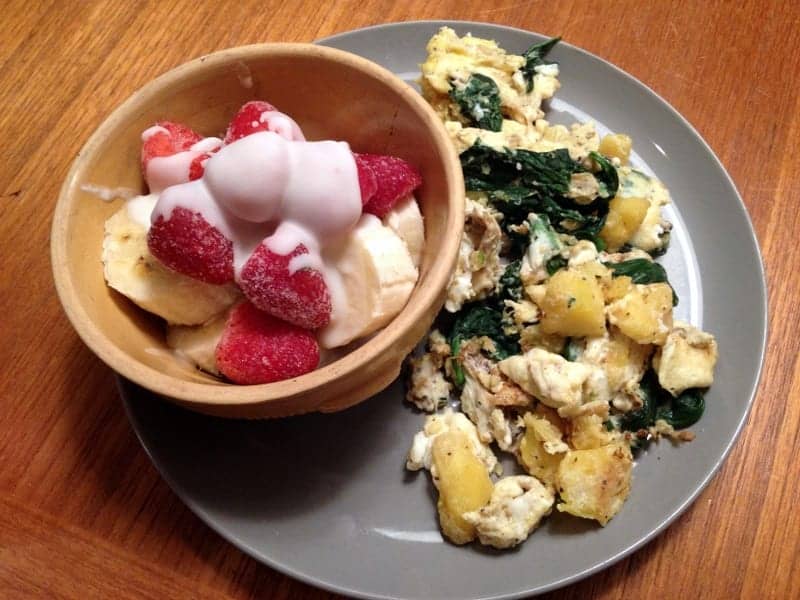 I whipped up a batch of salmon cakes and ate them over a giant salad of romaine, celery, bell pepper, onion, and baked sweet potato.  Topped it all off with some herbs, dijon mustard, and white wine vinegar.  Delicious! 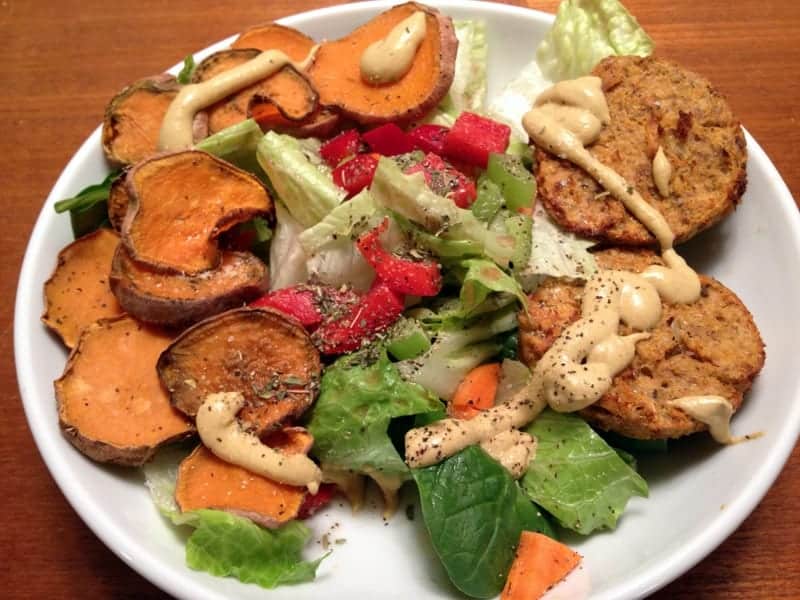 Last night, I made a deliciously simple and comforting meal of salmon, a simple baked sweet potato, and a side salad. 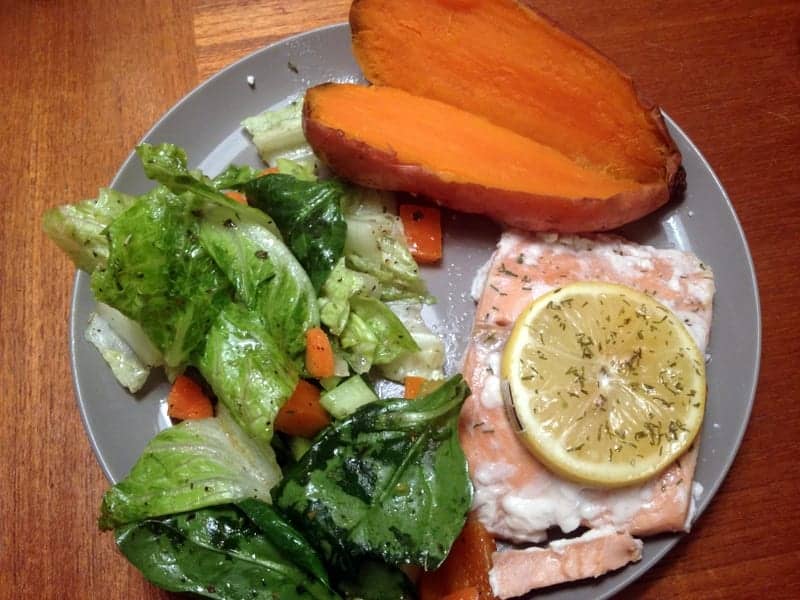 Because Brian had completed his boards, I wanted to make him a SPECIAL dinner… 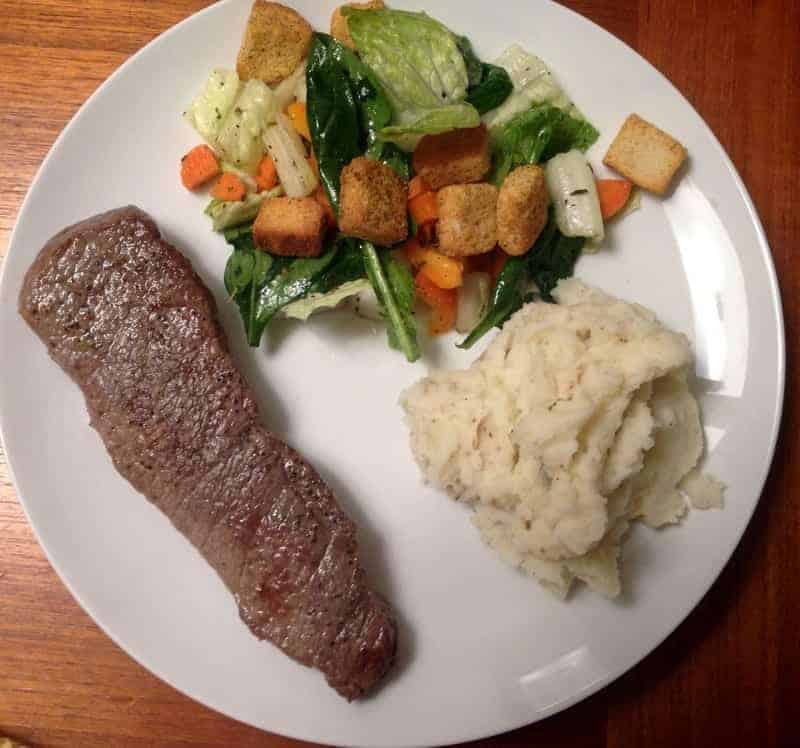 That would be REAL mashed potatoes (made with cream and butter!) and a steak.

I have never been a red meat fan, and luckily Brian is not one of those guys that HAS to have a steak or a big meaty dinner.  Brian is pretty flexible and usually eats whatever I eat/make for him (lots of fish, chicken, and veggies!) but I knew that he had been craving some real mashed potatoes (not a piece of cauliflower in sight) and a steak…so I made it for him and he loved it!

This was literally the second time EVER I have prepared a steak, and I think it turned out pretty darn great.  Don’t worry, I’ll share my sister’s fool proof method with you later this week too 🙂

I hope you all had a fabulous weekend!