In the past two days, I have tried a ton of new stuff.

Last night, after coming home from work I was pretty darn hungry.  There were some perfectly ripe avocados that I had been saving all week sitting on the counter that definitely needed to be made into guacamole.  Seriously, these avocados were perfectly ripe.  I was a little nervous that I had let them go too far because I purchased them a week ago, but they were safe and made for some tasty guac!

I then scoured through the fridge bringing out just about every single veggie we had to make some big old salad bowls for Brian and I to enjoy for dinner.  To top it all off, I tried my very first Dr. Praeger’s California Veggie Burger.  With my first bite “mmmm” was all that came out of my mouth.  These were so good.

I loved the taste, the soft texture, the way that the flavors blended so well with the guacamole, salsa, and veggies, and the ingredient list was amazing .

These could definitely be recreated in a home kitchen…and they probably will! 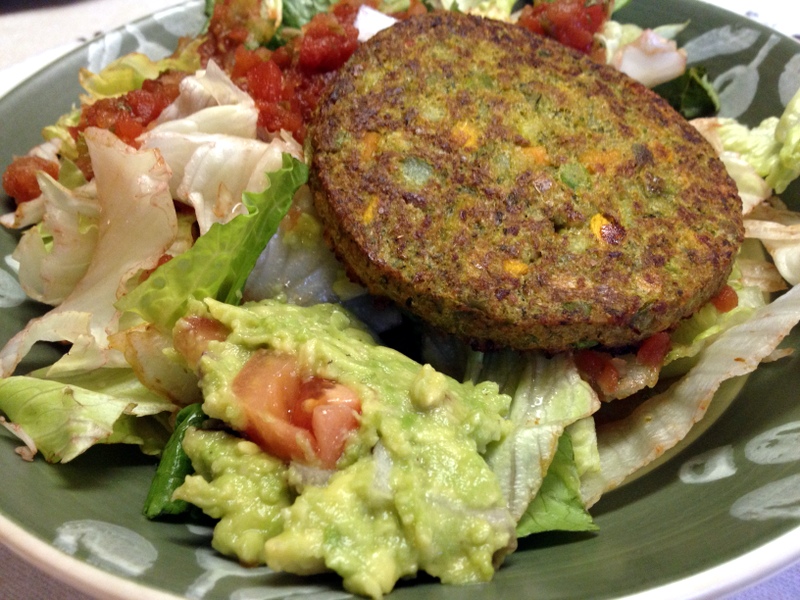 After our delicious dinner, Brian and I headed out to run some errands at his mom’s favorite store….The Christmas Tree Store. 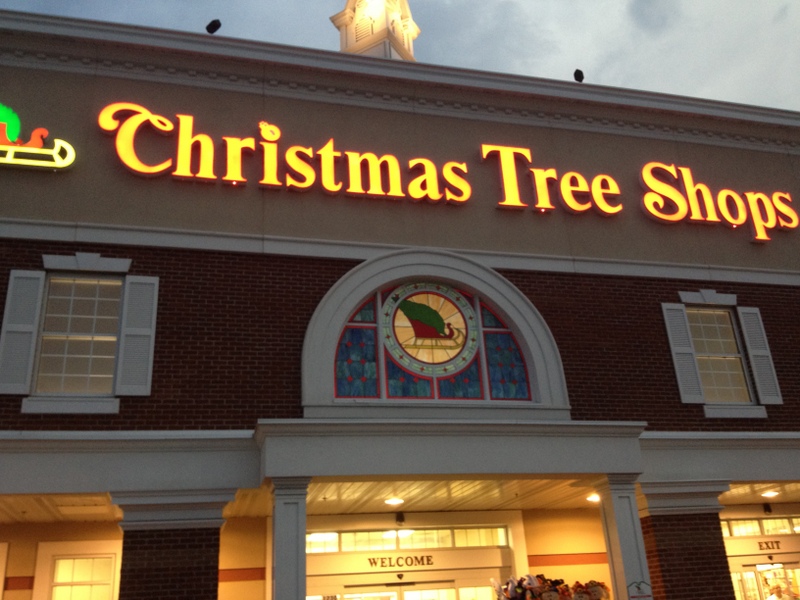 Before last night, I had never been.  I had only seen the goodies that Brian’s mom brought home each week consisting of storage containers, tasty snack bars, sunscreen, holiday decorations, craft supplies, etc…

Walking in there is a little bit dangerous if you are in the mood to shop.

They even had a Peanut Butter & Co section!  I redeemed the coupon that I won through a twitter contest for a free jar to get a new-to-me-flavor…Cinnamon Raisin Swirl.

I know that this may have been my first trip to the Christmas tree store, but it will NOT be the last 😉 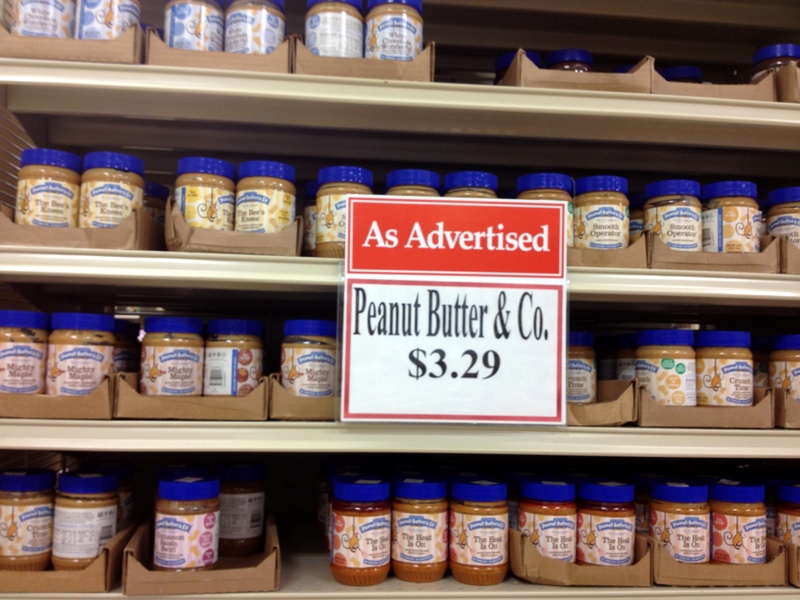 After the exciting trip to the Christmas Tree Store, Brian and I decided we were in the mood for a bit of fro-yo from our new favorite place, Ella’s.

My bowl ended up preeety random (as usual) with cinnamon roll and strawberry frozen yogurts topped with just about one of everything!   Sometimes I get nervous with my random combos…but this one tasted really good.  The cinnamon and strawberry were a winning combo for sure. 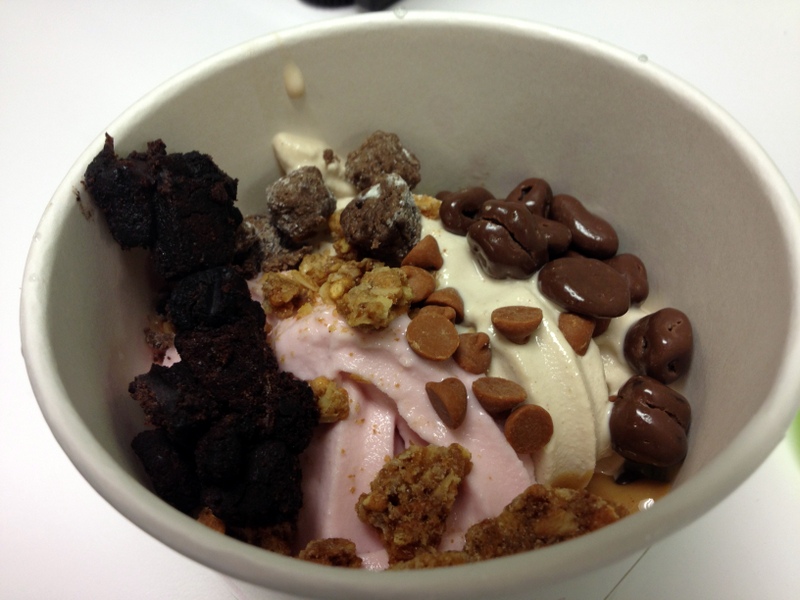 We then watched a movie and laid low the rest of the evening.

This morning, I woke up bright and early so that I could pack my bags to head up to Fort Wayne for a good friend’s bridal shower! 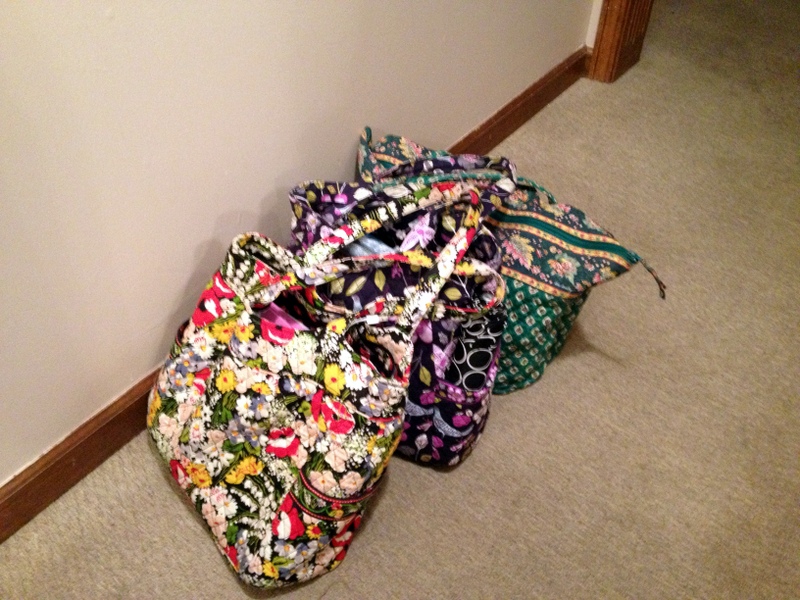 I couldn’t head up last night because I teach Body Pump today, but as soon as I am done with that I am headed up North.

Whenever I get something new, I really want to try it right away.   So, this morning I knew that I needed/really wanted to incorporate my cinnamon raisin swirl peanut butter. Boy am I glad that I did!  I licked one lick with my finger before putting it on my bowl of oats and literally could have eaten the whole jar right there…but it didn’t 😉 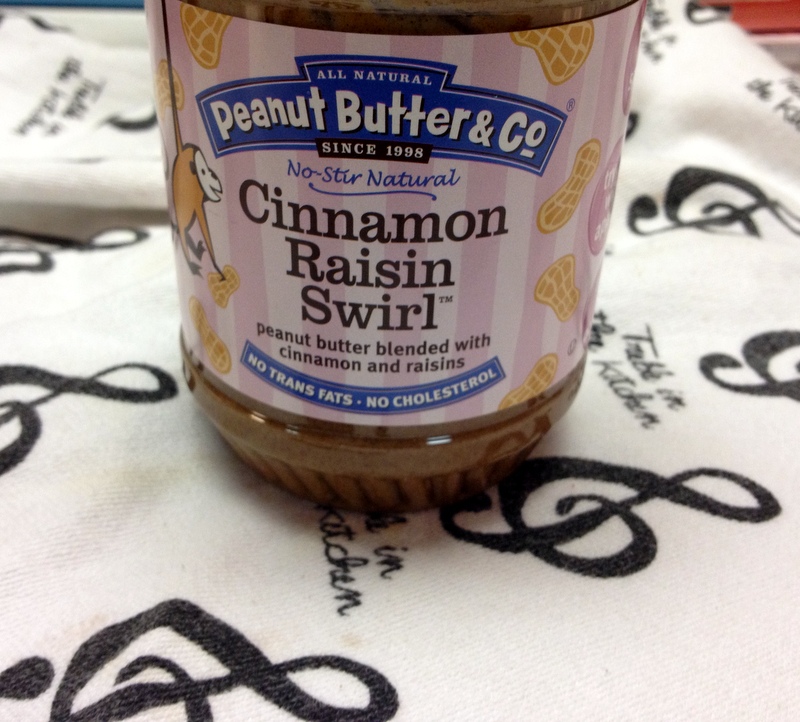 Some other “new” things that I added to my oat bowl this morning were figs, and vanilla nut butter extract.  The figs were an impulse buy at Trader Joe’s last weekend.  While I have only had fresh figs once before, I am pretty sure I got a bad batch of figs.  After picking through to find some good ones to put in my oats, I tossed the rest aside…oh well!!

As for the vanilla nut butter extract…that made my oats taste like CAKE BATTER!  So yummy.

This bowl of oats was really really tasty.  There were oats, vanilla nut butter extract, cinnamon raisin swirl peanut butter (YUM!), and figs.  I would LOVE to have this little bowl of deliciousness again. 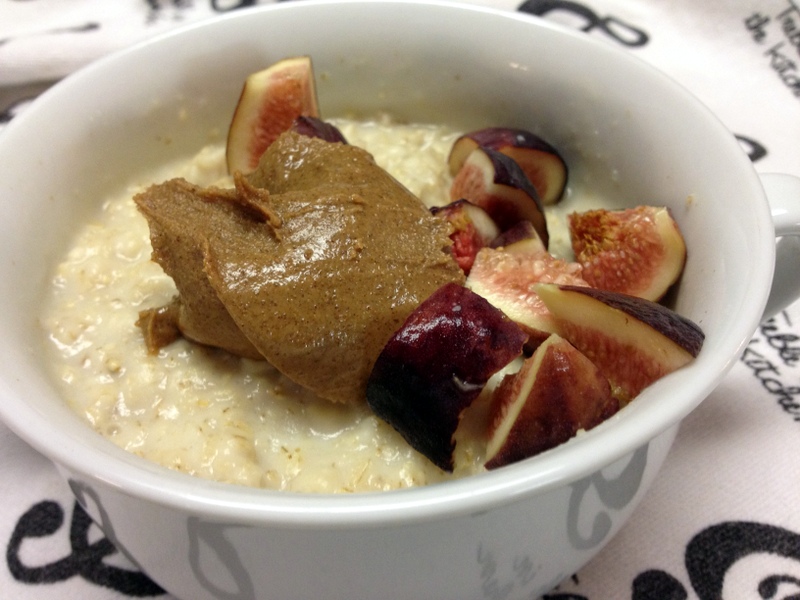 Now, I am off to teach Body Pump, head to Fort Wayne, and attend a bridal shower.

What are your Saturday plans?

Have you tried anything new recently?