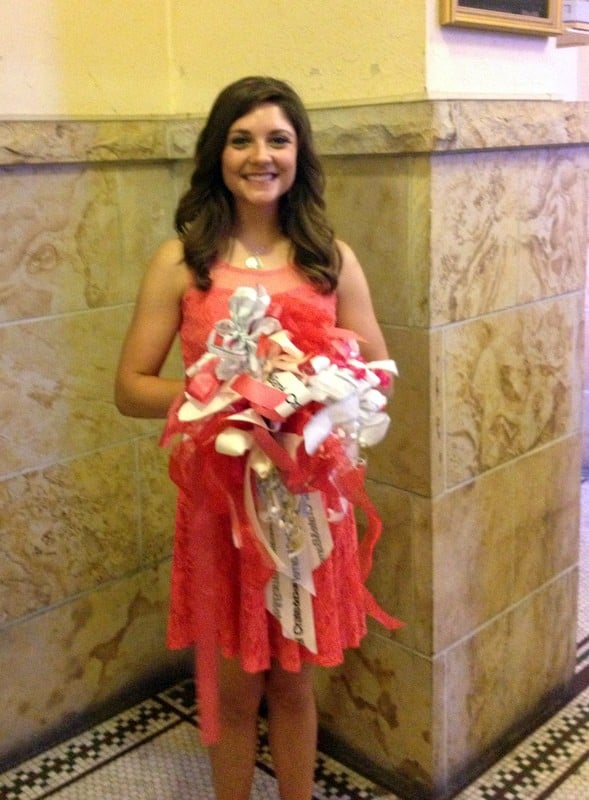 Nearly two months have passed since the big day when Brian and I got married, and I have yet to do a wedding recap post!  Sorry to leave you all hanging, but I guess I did things a bit out of order by showing you all of the honeymoon pictures first.  It was also important for me to show all of our wedding photos to our families in person  before sharing them with you on the blog…but both families have seen all of the pictures and we are ready to share our wedding weekend with all of you!

Brian and I got married on Friday, July 5, 2013.  Nearly two and a half years after Brian asked me to be his wife.

Because it was a Friday wedding with a holiday the day before, we actually had to have our ceremony rehearsal TWO days before the wedding.  I worked a half day and left the gym around noon to pick up two very prized possessions. 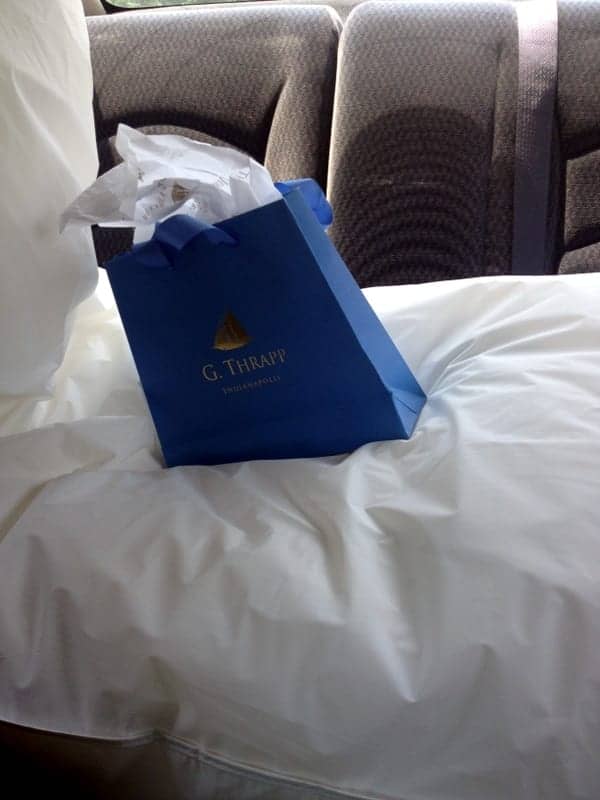 I had the rings and the dress.

As soon as I picked these items up, I hurried to the Sheraton City Centre to drop off these valuable keepsakes in my parent’s hotel room.  After that, it was time to freshen up for the ceremony rehearsal and to begin greeting all of our dear friends and family members.

Brenna, my sister and maid of honor, showed up with a gorgeous bouquet of all the ribbons from my bridal showers.  I was so impressed by how well it turned out! 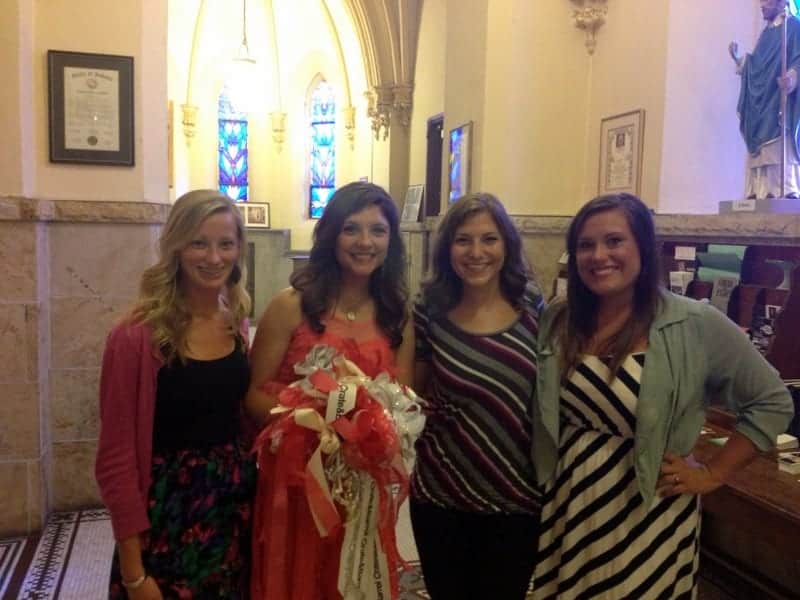 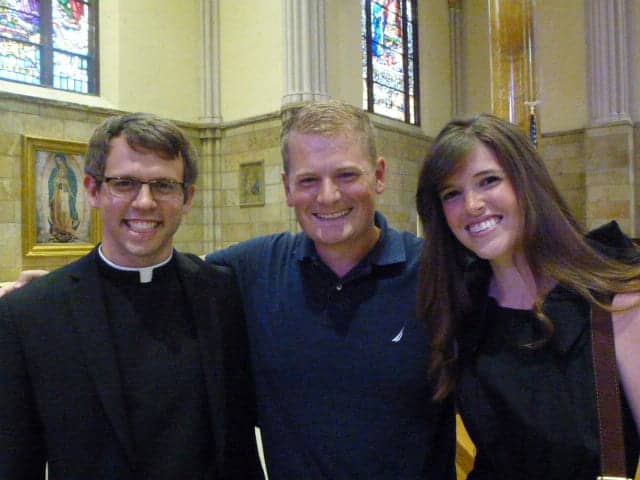 When most of our wedding party arrived, we all had a seat in the pews and began to talk through the ceremony. 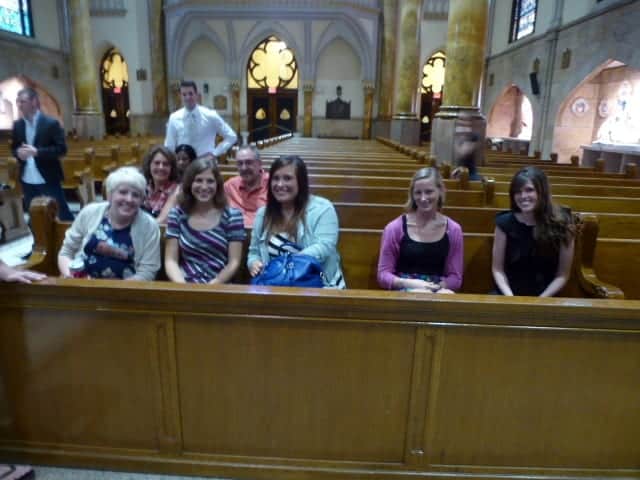 The rehearsal went smoothly, and seemed very surreal.  It still didn’t quite feel real until I hear our vocalist begin to sing the Ave Maria.  When I heard her begin to sing with her gorgeous and crystal clear voice I felt and instant rush of excitement.  She was rehearsing for our wedding!  What a crazy concept that we had been waiting so long to have happen!

After the rehearsal, we walked a couple of blocks to Bazbeaux, a local pizza restaurant for a casual dinner.  It was great to catch up with our dear friends and family that had just arrived from out of town.  The wedding festivities had officially begun! 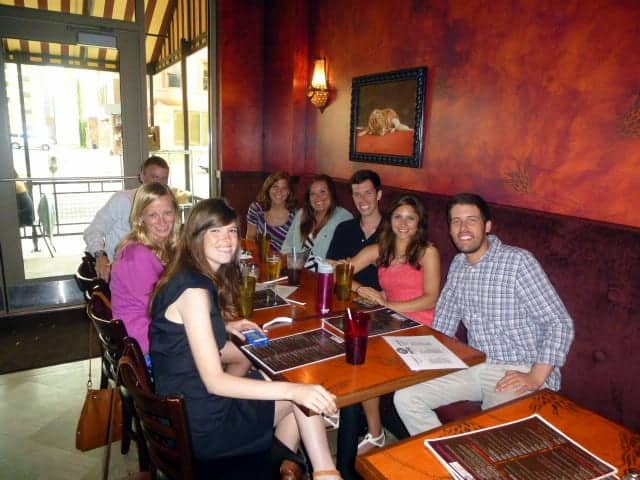 After dinner, we all headed back to our homes and hotel rooms to get a decent amount of sleep.  We had a BIG day in store the following day with a pre-wedding Fourth of July run and the rehearsal dinner.